Head, Heart, and Hands: A Pattern for Change 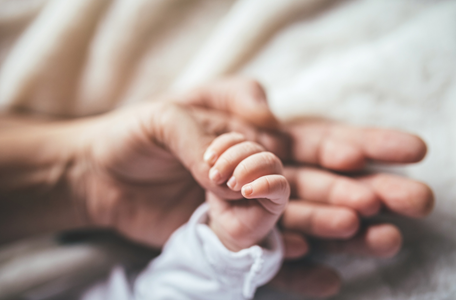 “The secret of change is to focus all of your energy not on fighting the old, but on building the new.” — Socrates

Editor’s note: This is a guest post from David Straker on how to influence and change behavior.

David is an expert on influence and change.

He is the creator of ChangingMinds.org and author of  Changing Minds: In Detail, where he shares his wealth of insight and action on the art of change.

Not very long ago, David and I had been discussing effective ways to persuade.

I had said to David that a rule that worked for me is, “Win the heart, and the mind follows.”

David responded that where we start depends, and that we’re most effective at changing ourselves and others when we fully engage head, heart, and hands.

I liked the idea of “head”, “heart,” and “hands” because it was simple and sticky. I asked David if he would write a guest post to share his thoughts on how our actions, thoughts, and feeling are shaped by our “head”, “heart”, and “hands”.

Without further ado, here is David on shaping change through  “head,” “heart”, and “hands”.

Head, Heart, and Hands Appears in Many Forms

In the field of business and personal change, there’s a pattern that keeps coming up. I’ve met it in change seminars, psychology text books and assorted theories and models.

I call it ‘head, heart and hands’. You may have come across it in other forms, such as ‘cognitive, affective and behavioral’ (if you’re a psychologist) or, in more common parlance, ‘thinking, feeling and doing’.

Here’s a story of how it all began, at least in the history of management and psychology.

It was All About Hands

A century or so ago, psychology emerged out of the evolving ‘age of enlightenment’, where science grew wings and truth was what you could prove rather than what the local priest said.

Psychologists sought to use the methods of natural sciences, where measurement, causality and proof were the order of the day.

They could not measure what brains were doing, but they could analyze what people said and did, which led to behaviorism developing as the first step along the way.

Hard at the heels of psychological science came management science, which adopted the behavioral principles and where people such as Frederick Winslow Taylor and Henry Ford viewed people as ‘rational man’ for whom behavior was directly correlated with external cues.

Treat a person in a certain way and they will respond in a predictable manner.

In other words it was all about ‘hands’.

Further developments in psychology found that to explain what people did, you had to consider what they were thinking.

Game theory tripped over it in John Nash’s theory-of-mind equilibrium.

Therapy went this way too, and Cognitive Behavioral Therapy (CBT) recognizes how behavior is closely linked to thinking. Then management followed suit, with motivation being more about getting people to understand rather than just telling them what to do.

Yet this still had problems. Psychologists had largely ignored emotions for a long time as they were almost the opposite of rational thinking and rather hard to measure.

But they steadily realized that how you feel is real and cannot be ignored. If you are to treat an anxious person, it helps if you recognize and acknowledge the individual experience of anxiety.

And in management, emotions at last poked through, notably in Daniel Goleman’s ‘Emotional Intelligence’. We can even see and measure emotions now, thanks to advances in brain scanning, with systems such as fMRI and PET.

And so now we had ‘hands follow head and heart’.

Is this the end?

There isn’t another ‘H’ on the horizon, but what we are finding is that the relationship between head, hands and heart is not as simple as we first thought.

For example, to get somebody to act in a certain way, should you first appeal to their feelings and then explain, or should you explain first and then get them enthused?

The answer seems to depend on circumstance and the individual.

In a curious reversion to the original command idea, there is even an argument that you can change what people think and feel, just by getting them to act in certain ways.

This is explained in Robert Cialdini’s classic ‘Influence’ book, where he talked of compliance and consistency, showing that if we have to do something, we may change our beliefs and what we feel about this to justify our actions.

This helps explain some of the darker side of human behavior, from the cruelty of prison guards to conversion in brainwashing.

We can go from head, heart and hands to any of the others, with a quite reasonable thinking process to take us from A to B, as indicated in the table below.

So how do you use this? In change, you really want to get to full engagement of head, heart and hands.

A path you can follow is to use the above table to identify the best first step for your situation.

Whenever working in change, when you are trying to understand people or when you are just trying to persuade them of something, it can be very helpful to consider all three H’s in your analysis and plans.

If you can get a person’s head, heart and hands all working together, then you have the person.

David Straker is the author of http://changingminds.org, the world’s largest website on change, persuasion and influence. He has also written a book on the subject (‘Changing Minds: In Detail’) and consults on personal and business influence and change. You can talk to him at dmstraker@syque.com.

Change Your Mindset, Change Your Results
How To Influence Without Authority
How To Resolve a Conflict by Inventing a Mutual Purpose
Jairek Robbins on How to Take the Ordinary and Turn it into EXTRAORDINARY!
The Six Sources of Influence Model

Respect is a Reflection
Next Post:Now Available: Getting Results the Agile Way on Kindle