How Explaining Human Behavior Has Changed Over Time 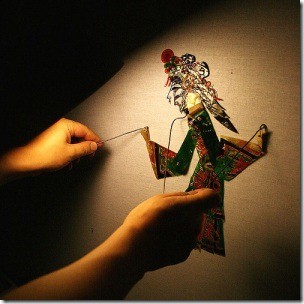 “It is not in the stars to hold our destiny but in ourselves.” — William Shakespeare

You are the product of your thoughts, and your environment.

You are not simply the products of your environment.

You are more than that.

You are the product of your thoughts, your expectations, and you choices.

While reading Learned Optimism: How to Change Your Mind and Your Life, by Martin Seligman, I thought it was great to see how the explanation of human behavior has morphed over time.

We Can Change the Way We Think

Early pop psychology said it’s our environment that determines who we are.

In the earlier days of psychology, popular opinion was that people are the product of their environment.  Eventually, psychologists figured out that habits of thinking can be changed and that individuals can choose the way they think.

I didn’t realize how many competing schools of thought there were.

I also like the fact that eventually it was possible to connect all the dots and agree that people can choose their behavior.

I think the most important point that gets reinforced here is that while your environment is a strong influence, at the end of the day, you still have the power of choice.

As one of my favorite martial arts instructors used to say, “don’t let other people push your buttons.”

He was a true master of responding over reacting.

People are "Pushed" and "Pulled"

Popular opinion was that people were pushed or pulled into their behavior.

Via Learned Optimism: How to Change Your Mind and Your Life:

“The prevailing explanation of human action was that people were ‘pushed’ by their internal drives or ‘pulled’ by external events.

Though the details of the pushing and pulling depended on the particular theory you happened to hold, in outline all the fashionable theories agreed to this proposition.

The Freudians held that unresolved childhood drove adult behavior.  The followers of B.F. Skinner held that behavior was repeated only when reinforced externally.  The ethnologists held that behavior resulted from fixed action patterns determined by our genes, and the behaviorist followers of Clark Hull held that we were goaded into action by the need to reduce drivers and satisfy biological needs.”

Self-Direction Over Outside Forces

According to Seligman, 4 different lines of thought converged around self-direction over outside forces for explaining human action:

According to Seligman, "the dominant theories in psychology shifted focus in the late 1960’s from the power of the environment to individual expectation, preference, choice, decision, control and helplessness."

Your thoughts separate you from the pack.

Photo by Only Sequel.

What 15 Best-Selling Authors Teach Us About How To Think
Next Post:How To Balance Connection and Conviction to Lead Better