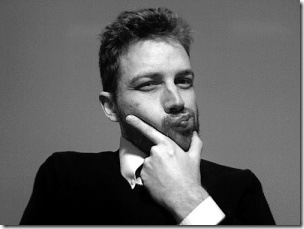 "Curiosity is the lust of the mind." — Thomas Hobbes

By low-friction, I mean "person A" doesn’t have to work that hard for "person B" to get a point.

It’s along the lines of Covey’s "seek first to understand, then to be understood."

I see a huge difference between low-friction and high-friction communication scenarios:

It’s really easy among a bunch of engineers to rip ideas apart.  The trick I found is to first ask, "how might that be true?"  This gets over the potential hump that maybe while the delivery was off, there was merit in the message (or a concept needs help to be teased out) and it certainly builds more rapport than starting off as a devil’s advocate.

I’m certainly a fan of beating up and pressure testing ideas, but only after understanding what they actually are.  I also make sure that it’s about testing the idea, not attacking the person.

Benefits of a Curious Mindset

The key benefits include:

Aside from simply asking yourself, "how might that be true?", there’s a few tools you can use for this:

Dealing with People You Can’t Stand

How To Use the PMI Technique

How To Use the Six Thinking Hats

The Rule of 3
Next Post:Cutting Questions