How To Not Break Under Pressure 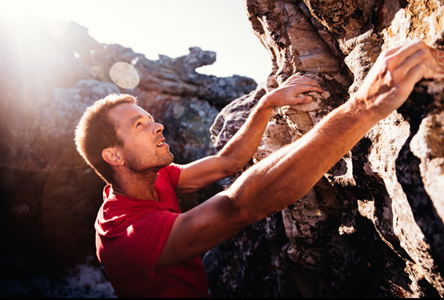 “No pressure, no diamonds.” — Thomas Carlyle

Do you ever find yourself performing well when there’s no pressure … but then you crumble when it counts?

What can you do if you crack under pressure?

Whether it’s negative self-talk or negative beliefs, you can be your own worst enemy.  If you crack under pressure, what happens is you focus on all the wrong things and all the things that could go wrong to the point that it becomes a self-fulfilling prophecy.

In other words, you become your greatest obstacle.

What if, instead, you could thrive under pressure?

In the book, The Ultimate Guide to Mental Toughness, Daniel Teitelbaum shares a simple exercise from sports psychology called Powertalking to improve your focus and improve your performance under pressure.

One of Sport’s Psychology’s Most Celebrated Success Stories

That’s exactly what happened.  And then imagine one last chance to win.

“Dan Jansen had a major problem.  He was widely recognized as one of the world’s top speed skaters in the 1,000-meter race, but every time he competed in the Olympics, he would literally fall at some point in each and every race.

The first time it happened, a family member was in the hospital with leukemia, and his focus was seriously affected.

And then he fell in his next Olympic race, and each subsequent one.

At the Lillienhammer games in 1994, Jansen was down to his last Olympic competition.  In four years, he’d be too old to compete, and he literally had one last chance to win.”

Jansen asked for help from Dr. Jim Loer, a famous sports psychologist. Loehr gave him one simple exercise.  Simply repeat the phase “I love the 1,000.”  Jansen won the Gold medal.

“Jansen employed the help of a well-known sports psychologist, Dr. Jim Loer.  Dr. Loer prescribed one simple exercise for Jansen, on a minute-by-minute, hour-by-hour basis, an exercise that has its roots in cognitive therapy.”

All Jansen had to do was repeat one phrase to himself, over and over, hour after hour.

Jansen took Loehr’s advice on faith and repeated the phrase to himself over and over, minute by minute, hour by hour, day after day.  In his last Olympic competition, Jansen took the Gold medal.”

It worked because Jansen overwrote his negative beliefs.  This helped him focus on what he wanted to achieve, get out of his own way, and use his personal power.  Teitelbaum uses a computer memory metaphor to make his point.

“So as he prepared for and then began skating each of his Olympic events – prior to working with Loehr – the software loaded in his local RAM memory from hard drive was directly influenced by Jansen’s belief that he would fail.

And so, like a marionette on strings, once that specific software was running in local subconscious, he would eventually have to fall at some point in the competition.

Now once Jansen started repeating the phrase, ‘I love the 1,000,’ over and over, to the point that it was always present in his conscious mind – and then in his subconscious – it eventually began to overwrite the old, negative beliefs at the hard drive level.”

What I especially like about this example is the choice of the phrase: “I love the 1,000.”

Notice how it’s not, “I’m the best in the world.”  It’s not “I’m going to win the race.”  It’s a simple phrase focused on loving the 1,000-meter race, so that Jansen could race from a better place.

Play around with Power Phrases, and have fun with them.

Find the ones that work for you.

Use Stress to Be Your Best