How To Communicate with Anyone Without Conflict 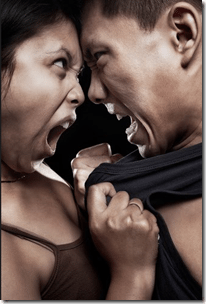 “It is the mark of an educated mind to be able to entertain a thought without accepting it.” – Aristotle

What if you could communicate with anyone, about anything, without conflict?

Without resistance, there is no conflict.

We often create conflict, simply by resisting another person’s opinion or communication.

But we don’t need to.  We can explore ideas and debate in a more effective way by starting with acknowledgement, appreciation, and agreement.

What the best communicators do is they redirect force, they don’t meet force with force, they align themselves with the force directed at them and guide it in a new direction.

You can debate different sides of an issue without denigrating the other person’s point of view.

I used to have a lot more conflict until I learned a few key insights.  I learned to start with agreement, instead of lead with disagreement.  I learned how to avoid intermingling facts, with feelings, or opinions.

I learned to get specific and reduce generalization.

I learned the ABCs of communication: Agree, Build, and Compare.

I learned how to balance connection and conviction.

I learned how you can explore and appreciate what a person has to say, independent of agreeing or disagreeing with their content, or opinion.  As John Wooden might say, “We can agree to disagree, but we don’t need to be disagreeable.”

I also learned Theory of Mind.  I think the most useful part of Theory of Mind is that it allows you to attribute thoughts, desires, and intentions to others, as well as to predict or explain their actions, and to posit their intentions.

For years I was lucky to be in an environment where we were trained to expose our thinking so we could explore, inspect, and analyze it with others without being attached to it.

And, I learned how to hold multiple perspectives at the same time, so I could evaluate something from multiple angles.

Luckily, I was always a truth seeker, so I cared way less about me being right, and more about finding the truth.

One of the most insightful things I learned is NLP meta-programs, which helped me understand how others see, represent, and respond to the world differently.  I used to wonder why some people always had to say the opposite, or find the exception, and then I learned about the “mismatcher” NLP meta-program.

Suddenly, instead of being frustrating, certain people were incredibly predictable.  It was the same mismatcher meta-program over and over.

In the book, Unlimited Power: The New Science of Personal Achievement, Tony Robbins shares an approach you can use to communicate with anyone without creating conflict.

Rather than start from disagreement, you can start from agreement, using the Agreement Frame, then build and compare from there.  It’s the ABCs of communication.

“What would happen if you had a communication tool you could use to communicate exactly how you felt about an issue, without compromising your integrity in any way, and yet you never had to disagree with the person, either?

Would that be a fairly powerful tool?  Well, here it is.  It’s called the agreement frame.

3 Phrases You Can Use to Build Rapport

The Agreement Frame consists of 3 phrases you can use to build rapport.

“It consists of three phrases you can sue in any communication to respect the person you’re communicating with, maintain rapport with them, share with them what you feel is true, and yet never resist their opinion in any way.

Without resistance there is no conflict.  Here are the three phrases:

Here are three steps to communicating with anyone without conflict …

1. Find Something to Appreciate, Respect Or Agree With.

Acknowledge and appreciate the other person’s communication.  Make it a game of finding commonality.

You can appreciate their feelings.  Robbins writes:

“You can always appreciate, respect, or agree with someone’s feelings about something.

You can appreciate his feeling because if you were in the same physiology, if you had the same perception, you would feel the same way.”

You can appreciate their intent.  Robbins writes:

“You can also appreciate someone else’s intent.  For example, many times two people on opposite sides of an issue don’t appreciate each other’s point of view, so they don’t even hear each other.

But if you use the agreement frame, you will find yourself listening more intently to what the other person is saying — and discover new ways to appreciate people as a result.”

You don’t have to agree with the content:  Robbins writes:

“Notice, you don’t have to agree with the content of the other person’s communication.

You can always appreciate, respect, or agree with someone’s feelings about something.”

2. Open the Door to Redirecting Without Creating Resistance

You can lead in the direction you want to go without creating resistance.  You do this by not belittling or trivializing the other person’s opinion.

Instead, you establish rapport by appreciating and acknowledging their communication, and then you open the door to additional views and perspectives.

“Rather than argue with him, you could enter his world and say, ‘I really appreciate your commitment and desire to create security for our children, and I think there may be a more effective way than’ …’I respect the intensity of your feelings about this, and I think if you were to hear my side of it you might feel differently.’”

3. Debate Without Using “But”

Debate the issue without ever using the word “but” and without denigrating the other person’s point of view.

“Let me give you the example of one ever-present, three-letter word — ‘but.’  Used unconsciously and automatically, it can be one of the most destructive words in our language.

If someone says ‘That’s true, but …’ what is he saying?

He’s saying it’s not true or it’s irrelevant.  The word ‘but’ has negated everything said before it.

How do you feel if someone says to you that they agree with you, but …?

What if you simply substitute the word ‘and’ instead?

What if you say, ‘That’s true, and there’s something else that’s also true’? Or, ‘That’s an interesting idea, and here’s another way to think about it.’

In both cases, you start with agreement.  Instead of creating resistance, you’ve created an avenue for redirection.”

Begin with a Sense of Humility and Willingness to Change

Flexiblity is key to more effective outcomes and the keys to flexibility are your humility and ability to change.

“It’s ‘flexibility’ — the one thing effective communicators have in common.  They learn how to calibrate someone and then keep changing their own behavior — verbal or non-verbal — until they create what they want.

The only way to communicate well is to begin with a sense of humility and a willingness to change.

You can’t communicate by force of will, you can’t bludgeon someone into understanding your point of view.

You can only communicate by constant, resourceful, attentive flexibility.”

There are No Resistant People, Only Inflexible Communicators

Communicate with people in ways that keep people involved and open.

“Keep in mind, there are no resistant people, only inflexible communicators.

Just as there are phrases and words that automatically trigger feelings or states of resistance, there are also ways to communicate that keep people involved and open.”

Stay flexible in your approach and calibrate who you’re dealing with.  You don’t have to “stoop to their level”, but learn how to deal with people on their terms, in a way they can follow.

You can also educate yourself on how people see the world differently, by learning NLP metaprograms.

“When you deal with others, a certain amount of trial and error is inevitable.  You can’t direct the behavior others with the speed, certainty and effectiveness with which you control your own results.

But a key to personal success is learning how to speed up the process.

You can do it by developing rapport, by understanding metaprograms, by learning how to calibrate others so you can deal with them on their terms.”

Rather than meet force head on, redirect it, the Aikido way.

“Remember that there is no such thing as resistance, there are only inflexible communicators who push at the wrong time and in the wrong direction.

Like an aikido master, a good communicator, instead of opposing someone’s views, is flexible and resourceful enough to sense the creation of resistance, find points of agreement, align himself or herself with them, and then direct communication in a way he or she wants to go.”

Don’t Make It a Win-Lose Game

Don’t make your side a monopoloy of the truth.  Focus on developing a richer, more balanced point of view, and staying connected with the other person.

“I don’t mean you should sell out your beliefs; I don’t want you to be an intellectual jellyfish.

But you’ll find you can reach your outcome more effectively by gently aligning and then leading rather than by pushing violently.

And you’ll be able to develop a richer, more balanced point of view by being open to another perspective.

Most of us look at discussion as a win-lost game.  We’re right and the other guy’s wrong.  One side has a monopoly on truth, and the other resides in utter darkness.

I’ve found time and again I learn more and get where I want to go much more quickly by finding an agreement frame.

Another worthwhile exercise is to argue for something you don’t believe.

You’ll surprise yourself by coming up with new perspectives.”

Benjamin Franklin often persuaded others with what he had to say, the gentle way.

“In his personal autobiography, Benjamin Franklin describes his strategy for communicating his opinions and yet maintaining rapport:

‘I develop the habit of expressing myself in terms of modest diffidence, never using, when I advance anything that may possibly be disputed, the words certainly, undoubtedly, or any other that give the air of positiveness to an opinion, but rather say, I conceive or apprehend a thing to be so or so, for such and such reasons; or, I imagine it to be so, or it is so, if I am not mistaken.

This habit I believe has been of great advantage to me when I have had occasion to inculcate my opinion and persuade men into measures that I have been, time to time, engaged in promoting.'”

Lao Tzu Had it Right, Too

“The best solders do not attack.  The superior fighter succeeds without violence.

The greatest conqueror wins without a struggle.

The most successful manager leads without dictating.  This is called intelligent unaggressiveness.

This is called mastery of men.”

If you practice the Agreement Frame, can you expect to glide through every conversation without conflict?

But, if you keep in mind that without resistance, there is no conflict, and that we often create conflict, simply by resisting another person’s opinion or communication, you’ll win more friends and influence people.

If there’s one thing you can immediately practice it’s start using “and” instead of“but” when you have a debate with someone and see how much further you get (and stay open to being wrong, and open to new possibilities.)

7 NLP Meta-Programs for Understanding People
10 Types of Difficult People
Agree, Build, and Compare
The Lens of Human Understanding
What Determines Focus and Assertiveness

37 Inspirational Quotes That Will Change Your Life
Next Post:Deep Practice: The Holy Grail of Skill