How To Deal With Hard Bargainers 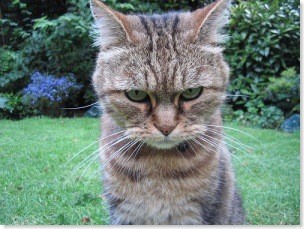 "Start out with an ideal and end up with a deal." — Karl Albrecht

How do you deal with hard bargainers?   Don’t take it personally.  It’s not about you.  Think of it like a game where a few skillful moves can help you move forward.  For example, consider adopting a similar style to build rapport.  Use humor over counterattacks to help keep emotions in check.  Make your opponent work for your concessions.

In Influence Without Authority (2nd Edition)

Don’t Take It Personally
It’s not about you.  It’s about the task at hand.  The most important thing is to not take it personally.   Keep it objective.

“If you are dealing with someone who believes in driving a hard bargain, first, do not take it personally.  Separate your personal identify from the role you are in.  Think of the bargaining from the other person as a kind of sport played, perhaps, for high stakes, but not a personal insult.   Some cultures or subcultures believe in bargaining for everything, so depersonalize it and figure out how to negotiate it.  If you are dealing with someone who is used to operating that way, it isn’t about you; it’s just about negotiating hard.”

“If the currency of toughness if valued, you will have to use a similar style, even if it is not your personal preference.  Although there are a few people who bargain mercilessly and get pleasure out of double-dealing and dominating, a tough style isn’t necessarily about nastiness.   You just need to figure out how best to respond to the colleague’s rough exterior (which may require your adopting a similar approach), but always be thinking about finding a way to come to agreement and keep the relationship going.”

See a Tough Style as a Sign of Respect
Having a strong style can be a sign of respect.  People who use a tough style often respect their opponents.

“People who use a tough style don’t dislike their opponents; they respect them.  (In the ironic words of a friend who went through a difficult divorce, ‘I want my ex-wife’s lawyer to represent me if I ever get divorced again.’) and if the colleague is good at bargaining, hanging in there and parrying his or her arguments with strong counterpoints can sometimes result in a positive relationship as a win-win task solution.”

Use Humor Over Counterattacks

Humor is more effective than counterattacks.  It can ease the tension rather than escalate it.

“If you have quick verbal skills, use humor to deflect attacks.  A quip instead of a counterattack can ease tension, reduce the impact of the other person’s aggression, and help build the relationship.   When in doubt, use self-deprecating humor such as, ‘Oh, I see, all you want me to do is cave in, go belly up, and hand you everything you want.  I guess I must come across as the weakest player in the universe.’”

Wrestle for Concessions
Don’t give in too easy.  Make them work for it.  Otherwise, they won’t value your concessions or they’ll worry they left too much on the table.

“And with tough bargainers, don’t give in too soon, or they will worry that more might have been possible and that they left too much on the table.  You have to allow them to feel that they have wrestled every concession from you.”