How To Do Math in Your Head Faster 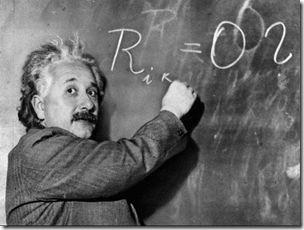 “Pure mathematics is, in its way, the poetry of logical ideas.” — Albert Einstein

If you want to get better at math or do it faster in your head, so you can do better at work or do better in school, there’s a way to do so.

This helps, whether you’re doing math in your head, or doing some quick figures on paper, or even using a calculator.

It can also help you in interviews under pressure, or it can help you day-to-day to get a rough idea of how much you are spending at the store.

More importantly, if you can quickly get to ballpark estimate and make meaning out of numbers, you can focus on the bigger context, or play out “what if” scenarios, rather than get distracted, or lose the flow, while you pull out calculators or number crunch. And, in a lot of scenarios, not everybody is going to wait for you to pull out a calculator, … or catch up.

But how do you do math in your head?

Victor Cheng shows us how in his book, Case Interview Secrets: A Former McKinsey Interviewer Reveals How To Get Multiple Job Offers in Consulting.

Let’s start with a sample math problem to make it real.  Victor writes:

“If we have a market of 2 million buyers and assume a market share of 15 percent an average revenue per buyer of $300, what’s the estimated revenue impact for this opportunity?

Simplify Before You Solve It

The key is to simplify before you start.  Victor writes:

Most people gravitate to solving a math problem in exactly the form  in which it is presented, but it’s often easier to simplify the problem into a series of smaller problems.  For example, I notice that the first number ($2 million) and the last number ($300) are easy numbers to multiply, so I would mentally rewrite the equation as follows:

Keep breaking it down to keep the math simple and easy to  work with.  Victor writes:

“In my head, I visualize it as:

Keep breaking it down.  You work the math.  Don’t let the math work you.  Victor writes:

“This seems like a lot of steps to go through, but the point is that you can quickly simplify the problem so you can solve it easily in your head.  Often is is much easier to solve a long series of simple math problems than a short series of complicated ones.  You may not need to break down this problem into as many simple parts as I did, but the process of doing so is important when it comes to quantitative assessment tests.”

The Secret is to Rearrange the Numbers Before You Start

“In the example above, I simplified the problem enough that I felt comfortable doing the math computations in my head.  You can simplify a problem in any mathematically correct way you choose.  The secret is to become accustomed to rearranging a large-numbers math problem into a simpler format before you compute anything.”

You can practice getting faster at math using Victor’s practice tests at www.caseinterviewmath.com.  You need to register (it’s free.)  His free tests let you practice precise math and estimation math for addition, subtraction, multiplication, division, and percentages.

Reinventing You: Define Your Brand, Imagine Your Future Book Summary
Next Post:What Do You Know?