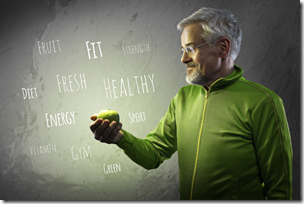 One of the ways to live better is to add life to your years, not years to your life.

In the book, Growing Younger: How To Measure and Change Your Body’s Age, Dr. Robert Morgan shares stories and insights from a village in Russia where people live longer, healthier, happier lives, well past 100.

In Abkhasians, looks can be deceiving.  Whether somebody is 70 or 100+, it’s hard to tell.

“After spending a few months with them, I still find it impossible to judge the age of older Abkhasians.  Their general appearance does not provide a clue; you know they are old because of their gray hair and the lines on their faces, but are they 70 or 107?  I would have guessed “70” for all the old people that I encountered in Abkhasia, and most of the time I would have been wrong.”

In Abkhasians, people last a long time in great condition.

“It is as if the physical and psychological changes which to us signify the aging process had, in the Abkhasians, simply stopped at a certain point.  Most work regularly.  They are still blessed with good eyesight, and most have their own teeth.  Their posture is unusually erect, even into advanced age; many take walks of more than two miles a day and swim in the mountain streams.  They look healthy and they are a handsome people.”

The Elderly in One Village

Regardless of figure, the elderly are a good chunk of the population in Abkhasia.

“There are no current figures of the total number of aged in Abkhasia, though in the village of Dzhgerda, which I visited last summer, there were 71 men and 100 women between 81 and 96 and 19 people over 91–13 percent of the village population of 1,200.”

No Mental Illness or Cancer

Imagine a life free of mental illness or cancer.

“One researcher who examined a group of Abkhasians over 90 found that close to 40 percent of the men and 30 percent of the women had vision good enough to read or thread a needle without glasses, and that over 40 percent had reasonably good hearing.  There were no reported cases of either mental illness or cancer in a nine-year study of 123 people over 100.”

Imagine keeping all of your senses as you age into the sunset.

“In that study, begun in 1960 by Dr. G.N. Sichinava of the institute of Gerontology in Sukhumi, the aged showed extraordinary psychological and neurological stability.  Most of them had clear recollection of the distant past, but partially bad recollection of more recent events.  Some reversed this pattern, but quite a large number retained a good memory of both the recent and distant past.  All showed clear and logical thinking, and most correctly estimated their physical and mental capacities.  They showed a lively interest in their families’ affairs, in their collective and in social events.  All were agile, neat, and clean.”

They are Rarely Hospitalized

Abkhasians don’t depend on hospitals.

“Abkhasians are hospitalized only rarely, except for stomach disorders and childbirth.  According to doctors who have inspected their work, they are expert at setting broken arms and legs themselves–their centuries of horsemanship have given them both the need and the practice.”

They Aren’t Old, They are Long Living People

“The Abkhasian view of the aging process is clear from their vocabulary.  They do not have a phrase for ‘old people’; those over 100 are called ‘long living people.’  Death, in the Abkhasian view, is not the logical end of life but something irrational.  The aged seem to lose strength gradually, wither in size and finally die; when that happens Abkhasians show their grief fully, even violently.”

Sex for the Sake of Health

Abkhasians use sex for health and longevity. 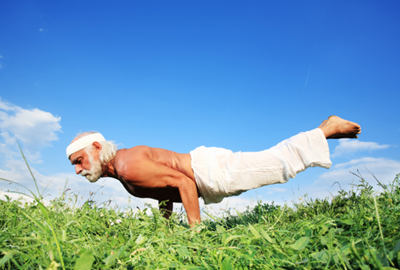 “Despite the elaborate rules–perhaps in part, because they are universally accepted–sex in Abkhasia is considered a good and pleasurable thing when it is strictly private.  And, as difficult as it may be for the American mind to grasp, it is guiltless.  It is not repressed or sublimated into work, art or religious mysterial passion.  It is not an evil to be driven from one’s thoughts.  It is a pleasure to be regulated for the sake of one’s health–like a good wine.”

Work is Vital to Life

Work gives Abkhasians a sense of meaning and purpose to their lives.

“An Abkhasian is never ‘retired,’ a status unknown in Abkhasian thinking.  From the beginning of life until its end, he does what he is capable of doing because both he and those around him consider work vital to life.  He makes the demands on himself that he can meet, and as those demands diminish with age, his status within the community nevertheless increases.”

They don’t eat much meat.  It’s more like a garnish.

“The Abhkasians eat relatively little meat–perhaps once or twice a week–and prefer chicken, beef, young goat and, in the winter, pork.  They do not like fish, and despite its availability, rarely eat it.”

We know the dangers of sugar in our diet.  Apparently, so do the Abkhasians.

“Although they are the main suppliers of tobacco for the Soviet Union, few Abkhasians smoke. (I did meet one, a woman over 100, who smoked constantly.) They drink neither coffee nor tea.  But they do consume locally produced, dry, red wine of low alcoholic content.  Everyone drinks it, almost always in small quantities, at lunch and supper, and the Abkhasians call it ‘life giving.’  Absent from their diet is sugar, though honey, a local product, is used.  Tooth-aches are rare.”

Could it be something in the wine?  Or maybe the key to their vitality is their abundant use of fresh fruits and vegetables.

“Soviet medical authorities who have examined the Abkhasians and their diet feel it may well add years to their lives; the buttermilk and pickled vegetables, and probably the wine, help destroy certain bacteria and indirectly prevent the development of arteriosclerosis, the doctors think.  A team of Soviet doctors and Dr. Samuel Rosen Muscovites and Abkhasians, and concluded that the Abkhasians’ diet–very little saturated fat, a great deal of fruit and vegetables–also accounted for their markedly better hearing.  The hot sauce is the only item most doctors probably would say ‘no’ to, and apparently some Abkhasians feel the same way.”

Kinship is Life’s Frame of Reference

They feel they belong, no matter how old.  This integration and a sense of group identify is another big factor in living better, longer.

“Although the Abkhasians themselves attribute their longevity to their work, sex, and dietary habits, there is another, broader aspect of their culture that impresses an outsider in their midst: the high degree of integration in their lives, the sense of group identity that gives each individual an unshaken feeling of personal security and continuity, and permits the Abkhasians as a people to adapt themselves–yet preserve themselves–to the changing conditions imposed by the larger society in which they live.  That sense of continuity in both their personal and national lives is what anthropologists would call their spatial and temporal integration.

Their spatial integration is in their kinship structure.  It is literally, the Abkhasians’ all-encompassing design for living; It regulates relationships between families, determines where they live, defines the position of women and marriage rules.  Through centuries of nonexistent or ineffective centralized authority, kinship was life’s frame of reference, and it still is.”

They Enjoy the Prospect of a Continued Life

They don’t retire.  They contribute all through their life, even if they slow down a bit after 100.

“The temporal integration of Abkhasian life is expressed in its general continuity, in the absence of limiting, defining conditions of existence like ‘unemployed’, ‘adolescent’, ‘alienated.’  Abkhasians are a life-loving, optimistic people, and unlike so many very old ‘dependent’ people in the United States–who feel they are a burden to themselves and their families–they enjoy the prospect of continued life.  One 99-year old Abkhasian, Akhba Suleiman of the village of Achandara, told his doctor, ‘It isn’t time to die yet.  I am needed by my children and grandchildren, and it isn’t bad in this world–except that I can’t turn the earth over and it has become difficult to climb trees.’”

No Gap Between Expectation and Experience

Abkhasians start out with great expectations that they will be a part of the community well into their old age.

“From the beginning, there is no gap between expectation and experience.  Abkhasians expect a long and useful life and look forward to old age with good reason; in a culture which so highly values continuity in its traditions, the old are indispensible in their transmission.  The elders preside at important ceremonial occasions, they mediate disputes and their knowledge of farming is sought.  They feel needed, because in their own minds and everyone else’s, they are.  They are the opposite of burdens; they are highly valued resources.”

Talk about pushing the limits.  Khfaf Lazuria is famous for her longevity and vitality well past 100.

“It may be difficult to believe, but I have had the pleasure of meeting and knowing a delightful woman 139 years old.  Khfaf Lazuria, according to the official register of her native village of Kutol, Abkhasia, was born on October 18, 1835; in 1974, she was perhaps the oldest woman alive.

She was quite small.  I was told that she had been taller, but had seem to have shrunk with the years.  She was about five feet tall and like most Abkhasians, slender.  Her face was astonishingly smooth with few wrinkles.  Her eyes were bright, curious, alive–and often full of mischief.  She had a keen sense of humor and laughed easily.”

Well, there you have it–the Abkhasian recipe for longevity:

Maybe you don’t want to live as long as the Abkhasians, but maybe you do want to reset your mental model for what aging or old age could be like.

And maybe, just maybe you want to push whatever idea you had about how long you might live, closer to a new limit.  Maybe not 144 like Khfaf Lazuria, but let’s say 120.

As Tony Horton might say, “Aging is for people that don’t know any better.”

The New Science of Repair, Renewal and Growth

25 Keys to Getting Better Results
Next Post:How To Feel Great Today