Al Ries on How to Rebrand a Brand 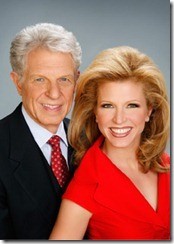 Editor’s note: This is a guest post by Al Ries on rebranding.

Al knows branding and rebranding.  After all, he and Jack Trout, coined the term “positioning.”

Al is an author of several books, including 22 Immutable Laws of Branding, The Origin of Brands, War in the Boardroom, and Positioning: The Battle for Your Mind.

What I like about Al is his amazing ability to turn deep insights into timeless principles that everyone can use.  What I also like is his ability to really drive a point out with examples from real life that are easy to relate to. Al puts powerful principles into the palm of our hand, and empowers us to use the best lessons from marketing to improve our work and life.

I asked Al if he would share his insights on how to rehydrate, revitalize, or renew a brand?

I thought that a post on rebranding would help people get a new lease on life.  I see people hold on to dead brands, launch fizzle brands, and kill brands by being all things to all people.  I see this happen to individuals and their personal brand too.

Are Any of the Burned-Out Brands Salvageable?

Then there are individuals who have run into trouble. Sometimes very serious trouble.

Are these individual brands salvageable? And how would one go about doing this?

There are no additional rules.

Take Tiger Woods. No individual brand has suffered as much as Tiger’s. Accenture and a host of sponsors dropped him. The nasty Tiger stories numbered in the thousands.

Today, Tiger is back and it’s golf that has resurrected his image. This year, Tiger Woods won more PGA tournaments than any other golfer and he currently is the leader for the FedEx Cup, worth $10 million. Officials that run golf tournaments beg Tiger to participate and the reason is the ratings.

For the final round of the AT&T National, CBS ratings increased by 188 percent compared to last year, a year that Tiger didn’t play due to an injury. Sports executives were recently polled on which golfer they were most interested in seeing on TV. Woods won 53 percent of the vote with Rory McIlroy won 15 percent and Phil Mickelson 7 percent. No other golfer got more than 2 percent.

When disaster strikes, don’t try to fix things. Don’t try to tell people you are a changed person, that you suffered from a momentary lapse of judgment, that you are a totally new person with a new outlook on life, etc. Ignore the disaster.

Get Back to the Basics

Get back to basics. Get back to the thing that made you famous in the first place. Get back to golf as Tiger did. Or politics as Bill Clinton did. Or football as Michael Vick did.

There’s a psychological reason why this works. People have a difficult time holding two contradictory ideas in their minds, like “bad” person and “good” golfer. By emphasizing the good-golfer concept, the bad-person concept starts to fade away.

The same thing holds for brands. Take Pepsi-Cola, a brand that keeps falling behind Coca-Cola. The latest indignity is that regular Pepsi is now the No.3 cola after Coca-Cola and Diet Coke.

PepsiCo, the owner of the brand, keeps trying new things. Pepsi Max, a diet cola with “maximum” flavor. And Pepsi Next, a mid-calorie product with presumably the taste of regular Pepsi.

Management is committed to constant change. “Every five or seven years,” PepsiCo CEO Indra Nooyi said, “you’ve got to change out the approach to the brand, because you need a new boost of energy to think about the next iteration.”

And recently, PepsiCo said it will invest more than $1.2 billion over the next three years
revamping, according to CEO Nooyi, “. . every aspect of the brand proposition for our key brands. How they look, how they’re packaged, how they will be merchandised on the shelves and how they connect with consumers.”

Since its introduction in 1903, Pepsi-Cola has changed its logotype 11 different times. (Coca-Cola has used the same ” Spencerian script” logotype since 1886, the year the company was founded.)

How many people can recall Pepsi’s current advertising slogan? “Refresh everything.”

Or the one before that? “It’s the cola.”

Or the one before that? “The joy of Pepsi.”

Go Back to What People Can Remember

What should Pepsi-Cola do? Go back to basics. Go back to the only advertising slogan people can remember. A slogan first used in 1964 and repeated from time to time in various forms. “The Pepsi Generation.”

Like all good advertising slogans, the Pepsi Generation doesn’t try to appeal to everybody. It ignores the older generation and focuses on the younger generation.

Who is more likely to switch from Coca-Cola to Pepsi? A middle-age person who has been drinking Coke for decades or a teenager who is looking for ways to rebel against his or her elders? For a No.2 brand, the younger generation is almost always a better target for your advertising than the older folks.

Yet, advertising people have to be dragged kicking and screaming to bring back slogans from yesterday like The Pepsi Generation. Their typical complaint, It’s not creative. (Translation: You can’t win an advertising award if you use yesterday’s advertising slogan.)

If It Works, Stick with It

And look at the success of brands that have never changed their approach. Consider the Marlboro cowboy. Introduced in 1953, the cowboy turned Marlboro into the world’s best-selling cigarette. (The brand’s share of the American market is 43 percent, more than the next 13 brands combined.)

When You Get into Trouble, Go Back to the Basics

Consider BMW. “The ultimate driving machine” was launched in 1975 when BMW was a minor brand, selling only 15,000 vehicles a year.

By 1993, BMW was the largest-selling European luxury vehicle in America. Last year, for example, BMW sold 247,907 vehicles in the American market.

So what did BMW do recently? They switched the focus to “joy” and you can understand why. They wanted to expand the market for the brand. Typical thinking, but it didn’t work.

Fortunately, this year BMW ditched “joy” and went back to “driving.” Another example of the general principle. When you get into trouble, go back to basics.

The “back to basics” rule also tells you when you can resurrect a brand and when you can’t.

A brand is only the tip of an iceberg. The rest of the iceberg is the category. If the iceberg melts, the brand will melt too.

Take Kodak, for example. Just 13 years ago, Interbrand, a global branding consultancy, ranked Kodak as the 16th most valuable brand in the world, worth $14.8 billion.

Today, the Kodak brand is practically worthless. (As smoking declines, the Marlboro brand will essentially become worthless, too.)

Years ago I was discussing the situation with a Kodak marketing manager. It was no secret back then that digital photography was starting to replace film. You’re going to have to launch a second brand, I said.

Not so, the marketing manager replied. The Kodak brand stands for more than just film. It stands for “trust.”

Sense doesn’t matter in marketing. The Kodak name was the tip of the film-photography iceberg. And once a brand is strongly established, it can’t be moved.

Unfortunately, few people think category. Most people think brands. “How do we take advantage of our well-known brand to carve out a piece of this new iceberg?”

The Goal is to Dominate a Category

Does it surprise you that all of these relatively recent brand successes (Red Bull, Starbucks, Google and Whole Foods) were started by entrepreneurs, not by established companies?

Brands are important, but they have value only to the extent that they stand for categories.

When the Iceberg Melts, the Brand Does Too

Most companies are so brand-oriented their first thought is, “How do I save my brand?” So Digital Equipment launched a line of personal computers with the Digital name, as did Wang with the Wang name. And Polaroid launched a raft of new products including conventional cameras and film, printers, scanners, medical imaging systems, security systems and videotapes. All with the Polaroid name, of course.

All for naught. Polaroid went bankrupt in 2001.

So if golf disappears, so will the Tiger Woods brand.

Al Ries is chairman of Ries & Ries, an Atlanta-based consulting firm he runs with his daughter and partner Laura. Their website is: http://www.ries.com.

Great Quotes by Stephen Covey that Will Empower You
Next Post:How To Embrace the Effort