How To Repair a Broken Work Relationship 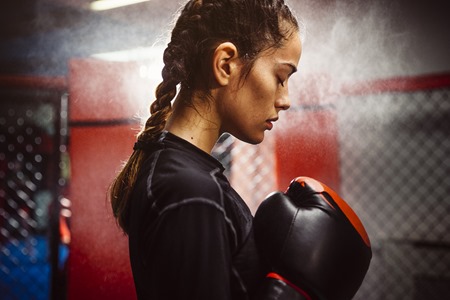 “Relationships and trust. This is the bedrock of life.” — Mukesh Ambani

Have you ever had a good work relationship go progressively sour after a certain point in time, but you aren’t sure why?

A RASP is a universal human disaster that happens after what he calls an “interaction accident.”

While this is a common pattern, the good news is Braham provides a recipe for getting a work relationship back on track.

Wow! I’m impressed.  Not only does Bramson identify and name the pattern (RASP), but he has a very prescriptive approach for handling it!

In Coping with Difficult Bosses, Bramson writes about RASPs and how to turn them around.

Anatomy of a RASP

The key here is that RASPs are part of human nature.  We’re always looking for clues whether somebody is for or against us.

If we think they’re against us, the relationship spirals down.

“In a sense, they are foreordained by the social nature of all human beings, because most of us wonder, and often worry about how we appear to the people who are important to us.

We search their faces, their behavior, their words, for clues.

Do they appreciate how important, competent, likeable or powerful we are? What are their intentions toward us? When those clues, correctly interpreted or not, tell us that we have been ignored, dismissed, snubbed, shamed or in any other way taken lightly, we retreat, attack, dissemble — sometimes all three.”

It doesn’t take much to send a relationship spiraling down.  It can happen in the blink of an eye.

“Then it happened: one unimportant little playful little remark tossed out at a staff meeting.

Peggy was at the flip chart, lovingly laying out her ideas for a new ad campaign, when Mike, caught up in the intensity of an important planning session, butted in with ‘Peggy, you are a very smart person, but that’s really a dumb idea.’

Instead she smiled a little and said, ‘Maybe so,’ and moved on with her presentation.

Mike continued to be active in the discussion, unaware that anything untoward had happened.”

Here are the keys for dealing with RASP events:

Summary of Steps to Repair a RASP

According to Bramson, here are the steps to repairing interactional spirals:

In this step, according to Bramson, you should setup an appointment.

“A formal appointment readies your boss for a serious discussion and provides an easy first step into uncertain territory.

Avoid starting your discussions right there, in the hallway or over the phone (for example, “It’s really too complicated to get into right now.”)

Make sure you’ll have at least an uninterrupted hour.

Avoid scheduling when you or your boss are in the midst of a business or personal crisis. “

In this step, according to Bramson, you should set the stage.

“When you meet, ask your boss to hold all calls. Indicate you appreciate your boss’s willingness to meet with you.

Say a few words on what you hope to be the outcome of the meeting – the best possible working relationship.

Don’t expect anything more than a cold stare.

(Note how RASPs continue to set up both parties for mutual disappointment.) “

In this step, according to Bramson, you should comment on the state of your relationship, as you’ve experienced it.

Do your best to describe rather than accuse, whine, or nag, give about equal time to your own problem behavior as well as that of your boss, and neither underplay nor overstate to make your point.

“For example, ‘I’m not sure how you see it Peggy, but I’m very dissatisfied with the way we’ve been working together.

I feel like I’ve been letting down on my work, and turning in things that don’t fit my own standards, and it seems to me that you’ve been taking some pretty critical potshots at me in staff meetings.

I don’t think that it’s my imagination that we haven’t been as friendly as we were several months ago.

My impression is that at this point you’re pretty fed up with me. How does it look to you?’

(Tip – don’t end with a question like ‘Do you agree?’ You won’t be sure what is being agreed with and you’re inviting an angry response followed by silence. ) “

Step 4. Prepare to be dumped on.

In this step, according to Bramson, you should expect to be dumped on.

Having provided that sort of opening to someone who is thoroughly annoyed with you, what should you expect but a sustained and bitter railing and condemnation?  Expect to be dumped on.

“It’s vital that you begin this whole process of repair expecting to be vilified.

If your boss denies there are problems in your relationship and replies with a cold ‘Nothing’s wrong,’ don’t argue the point.

Instead, express your pleasure that you were mistaken, and describe a rosy future relationship:

‘Wonderful Peggy. That means we’ll have lunch together as we used to, you’ll give me face-to-face feedback on my work, and that some of the comments you’ve made about me were just your way of joking around.’

You might get a dumping that you did not get before.

If you don’t, your relationship may actually have improved.

If not, cycle back to step 1 or you might actually have a difficult boss.”

In this step, according to Bramson, you should acknowledge that you understand the impact.  Fight the natural reaction to lash back or get defensive.

“These very human responses don’t help much. Instead, show that you did hear and understand without agreeing or disagreeing with it.

Echo it back using ‘active listening.’ Paraphrase back the essence of your boss’s complaints about you and acknowledge the feelings that your surmise underlay those complaints.

Having demonstrated that you got the message, without a pause, move on to the next step, describing your good intentions.”

In this step, according to Bramson, you should state your intentions as clearly as possible.

“Since the core of a RASP is a tangle of suspicious guesses that the other guy intended harm, it is the truth of those intentions that needs to be corrected if things are to get better.

The essential ingredients of the correcting message are two phrases:

1) Certain events led you to think I meant to do you wrong; and

For example, “Whatever I did in the past, my intention is always to be straight with you (do my best work, be a part of the team, etc.)

Given the tension that is always a part of these encounters, your boss may only hear that part of what you said that fits well with what they already believe – that you are a crumb.

So be prepared for a reiteration of the negative things you’ve already heard.

If that should happen, briefly recycle to step 6, and once again, emphasize your own intentions.”

In this step, according to Bramson, you should move to problem solving.

“The magic of the problem-solving mode is that it focuses on the future.

While problem solving draws on past happenings for data, it’s goal is to make things better from now on — your present purpose exactly.

1) it provides you both with something to talk about

2) it is the means for preventing future escalations.

An easy opening phrase for problem solving is, ‘What do we need to do to prevent this sort of mix-up from happening again?’”

According to Bramson, a difficult boss is a separate issue. A RASP is the by end product of a relationship that’s progressively soured. If you see two or more of the following indicators, it’s likely that interactional spiraling is involved:

Political Competence: Influence with Skill and Get People on Your Side
Next Post:When Good Bosses Turn Bad