How To Use the Six Thinking Hats to Think Better 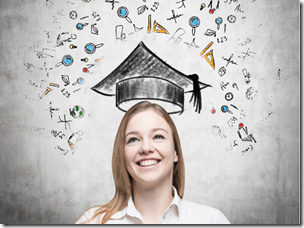 Edward de Bono created an effective approach to improving your thinking by directing your attention.

If you know how to use the Six Thinking Hats, you can deal with two very common problems.   The first problem is incomplete thinking.  The second problem is deadlocks in meetings.

I’ve been in way too many deadlock meetings that are absolute energy drains.  I’ve also seen too many ideas fail simply because they didn’t have enough perspective.  Once I discovered Six Thinking Hats, both scenarios became easy to solve.

Here are a couple of reasons for using Six Thinking Hats:

This approach for using Six Thinking Hats is lightweight and low-overhead, but gets you 80% there without requiring everybody to know the details of the Six Thinking Hats.  The key is to list questions that everybody can focus on and cycle through.

List a set of questions on the whiteboard to represent the hats.  You can do this either at the start of the meeting or when you hit a sticking spot.
Here’s the Six Thinking Hats:

Here’s an example set of questions you can use to represent the hats:

The sequence of the questions can matter.  For example, it wouldn’t make sense to start thinking up solutions before you’ve focused on the problem.

Step 2.  Walkthrough each question as a team

Walkthrough each question as a team.  This is the key.  Rather than debating each other, you’re now collaborating.

You’ll be surprised when suddenly your team’s “Devil’s Advocate” is now showing off their ability to dream up wild solutions that just might work!

If it’s not working, change the approach.  For example, you might find that you started with the wrong “hat” or question.  See if switching to another question or hat makes a difference.

The key is to keep this lightweight but effective.

This isn’t a heavy handed approach.  Instead, it’s a subtle shift in strategy from free-for all debate to focusing and coordinating your team’s thinking power in a deliberate way.

This lets everybody get heard as well as really bang on a problem from multiple angles in a teamwork soft of way.

3 Keys to Effective Time Management
Next Post:How To Still Exercise Choice from Within the Realm of Choicelessness