How Women are Changing the Game of Modern Leadership 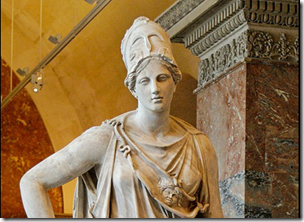 Women are redefining leadership and changing the rules of how business is being conducted to better reflect their strengths.

Recent global research shows that feminine attributes are the most desirable for leadership in the twenty-first century.

In the book, Been There, Run That, Kay Koplovitz writes about how women are using their attributes of openness, collaboration, inclusiveness, transparency and trustworthiness to help their colleagues achieve success.

The Emerging Power of Connection and Collaboration for Effective Leadership

If you want to get ahead, connect and collaborate.  The power of people shines through the power of networks and helping others bring out their best.

“You can really capture the emerging power being wielded by women using their human capital networks in the world of business and power in Pamela Ryckman’s book, Stiletto Network: Inside the Women’s Power Circles That are Changing the Face of Business.

It came ‘on the heels’ (pun intended) of two other powerful books that came out in spring 2013, Lean In by Sheryl Sandberg and The Athena Doctrine by John Gerzema and Michael D’Antonio.  Each of them captures the changing world of women, business and power from different perspectives.”

The Leadership Landscape is Shifting to Active, Confident, and Collaborative Female Leaders

Whether it’s women helping women find their footing, or simply lifting each other up, it’s changing the leadership landscape.

“Pamela started out on the road to her research to fill a personal need.  She has written for the New York Times, the Financial Times, Fortune, CNNMoney, the Observer and many more.  But when she took a break to raise her children, she should on her return that she had lost her footing.

Then she attended a women’s conference in California and an amazing pattern started to unfold.  She met woman after woman who introduced her to others, and Pamela started to realize that the landscape was shifting.

Not only were women not balking at helping each other achieve their goals, they were promoting their friends, business associates and colleagues.  The women were active, confident and collaborative, and intuitively knew who Pamela needed to know next.  The electronic Rolodexes came out, and one connection after another was made.

This is the power of women using their human capital network to effect change.”

Characteristics that support empowerment and encourage everyone to be a leader, reflect a shift from the industrial age and hierarchical management to the flatter and more connected, collaboration economy.

“Time after time, you learn that the characteristics of women hold and cherish are becoming more the norm for business today.

The Business World is Moving Toward Feminine Leadership Attributes

There’s a shift of the mix in attributes that people value when it comes to leadership, which reflects our changing world.

“Interestingly, these are the attributes that are documented in the extensive global research done by John Gerzema and Michael D’Antonio in The Athena Doctrine.

They tested the gender associations of one hundred twenty-five attributes among sixty-four thousand men and women and came up with some pretty conclusive results.

The business world is decisively moving toward leadership in the attributes most commonly described as feminine.”

“One might expect that the attributes more characteristic of men would be going out of fashion, but neither The Athena Doctrine nor Stiletto Network takes that position.

Male attributes of decisiveness, authority, power, ambition, aggressiveness and the like have their place too.  It’s the combination of both gender attributes that will be required for leadership as we move forward.”

Whether you are a leader, or plan to be one, or are simply practicing personal leadership, take a page from Athena’s playbook as you balance and blend the best of male and female leadership attributes.

Why Visionary Leaders Develop Multiple Future Outlooks
Next Post:Live Without the Fear of Death in Your Heart