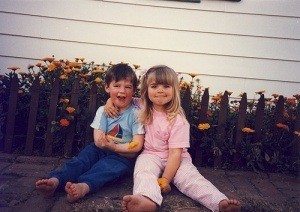 “The more I learn about people, the more I like my dog.” — Mark Twain

Have you ever wondered why that is?

In Social Psychology: Theories, Research, and Applications, Robert S. Feldman writes about why we like and don’t like people.

The Reciprocity of Liking Rule

“… there is a robust general finding regarding reciprocity of liking; we tend to like those who like us.  Given information that another individual likes us, we tend to be attracted to that person.

The converse seems to hold true as well: when we like someone, we tend to assume that they like us in return (Mettee & Aronson, 1974; Burleson, 1984).”

Further, assume that Charlie finds out that someone else (Rachel) likes him.  In order to be consistent, it follows that Charlie will hold positive feelings toward Rachel … This state of affairs produces the reciprocity-of-liking rule.”

If You Dislike Yourself, You’ll Dislike People That Like You

“But suppose Charlie has low self-esteem, which can be conceptualized as a state of affairs in which Charlie dislikes himself.  If Charlie learns that Rachel likes him, the situation can be in a state of balance only if Charlie decides he dislikes Rachel …

Hence, according to balance theory, people with low self-esteem will not be susceptible to the reciprocity-of-liking rule: they are apt to dislike people they find liking them, since they don’t like themselves — a prediction supported by a fair amount of research (Shrauger, 1975).”

Fake Flattery Will Get You Nowhere

Flattering somebody for an ulterior motive hurts you more than helps.

“Another exception to the reciprocity-of-liking rule occurs when we suspect people are saying positive things about us to ingratiate themselves.

Ingratiation is a deliberate effort to gain favor, often through flattery (E.E. Jones, 1964).  If an employee tells the boss how much he likes her, the boss might feel that she is being flattered for an ulterior motive.  Rather than forming a positive opinion of the employee, the boss may resist and begin to dislike the employee.”

Dealing With People You Can’t Stand

How To: Boost Self-Esteem

Learn to Endorse Yourself

3 Myths About Strengths and Weaknesses
Next Post:Social Loafing: More is Less When It Comes to Work