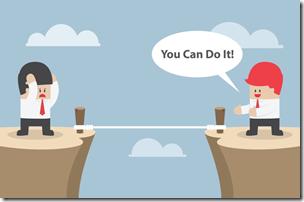 “Influence may be the highest level of human skills.” – Unknown

Part of putting your ideas in place, means knowing the influence map.

You need to know your supporters and opponents as well as those that you can convince to join your efforts.

How do you identify your supporters, opponents and convincibles?

In The First 90 Days: Proven Strategies for Getting Up to Speed Faster and Smarter, Michael Watkins shows you how to go about identifying your supporters, opponents, and convincibles.

Supporters will approve your agenda because it advances their own interests, because they respect you, or because they see merit in your ideas.

Opponents will oppose you not matter what you do.  They may believe that you are wrong or they may have other reasons for resistance to your agenda.

Convincibles can be swayed for or against you.  You need to find out who they are, find out what motivates them, and align your effort with their interests, or vice-versa, to get them on board (and stay on board.)

“Convincibles are the swing voters:  people who are undecided about or indifferent to change, and people you think you could persuade once you understand and appeal to their interests.

Once you have identified convincibles look into what motivates them.  People are motivated by different things, such as status, financial security or wealth, job security, positive social and professional relationships with colleagues, and opportunities to tackle new and stimulating challenges.

So take the time to figure out what they perceive their interests to be.  Start by putting yourself in their shoes:  If you were them, what would you care about?  If it is possible to engage them directly in dialogue, then ask questions about how they see the situation, and engage in active active listening.  If you have connections to other people in their organization, then you should use them to learn.  If you don’t, you might think about judiciously cultivating them.

Meanwhile, ask yourself whether there are competing forces that might tip convincibles toward resisting you.  For example, making them see that their interests are compatible with yours would prompt them to support you, but the threat of losing a comfortable status quo might trigger resistance.

Interests and competing forces should be part of what you undertake to learn about the politics of your organization through conversations, exploration of past decisions, and observation of group interactions.”

If you want to be a better influencer, know who is for or against you, and find ways to have more people “with” you.  The more you bring along, the more will tag along.

Assessing Your Existing Team
Next Post: How To Use a Professional Development Grid to Chart Your Career Growth