If You Want to Learn Success, Then Be a Student of Success Not Failure 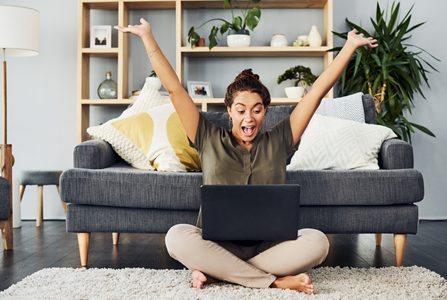 “Success is a lousy teacher. It seduces smart people into thinking they can’t lose.” — Bill Gates

Nothing succeeds like success.  If you want to learn how to succeed, model from success.  Work backwards from what works.

Failure and Success are Not Opposites

You don’t learn success by studying failure.  They are not opposites.  They are inherently different.

“What has become evident in virtually every field of human endeavor is that failure and success are not opposites, they are merely different, and so they must be studied separately.

Thus, for example, if you want to learn what you should not do after an environmental disaster, Chernobyl will be instructive.

But if you want to learn what you should do, Chernobyl is a waste.  Only successful cleanups, such as at the Rocky Flats nuclear facility in Colorado, can tell you what excellence looks like.”

If you want to succeed, you should study productive teams.

“Study unproductive teams, and you soon discover that the teammates argue a lot.  Study successful teams, and you learn that they argue just as much.

To find the secrets to a great team, you have to investigate the successful ones and figure out what is going on in the space between the arguments.”

Study How the Body Fights Back

Study your body to see that success and failure are completely different recipes for results.

“Focus your research on people who contract HIV and die, and you gain some useful insights about how the disease wrecks the body’s immune system.

But focus your research on those few people with HIV who are relatively unaffected by the disease, and you learn something else entirely: namely, how the body fights back.”

If You Want to Learn Success, Study Success

Success teaches better than failure.  If you want to learn success, study success.

“Conventional wisdom tells us that we learn from our mistakes.  The strengths movement says that all we learn from mistakes are the characteristics of mistakes.

If we want to learn about our successes, we must study successes.”

This really hits home for me.  At work, I study principles, patterns, and practices of successful examples.  I also study examples of failure (anti-patterns).

It’s true that success is not the opposite of failure.

I can learn many ways how not to do something and still not know how to do it right.

That said, I like having a catalog of examples of the good and the bad.

The failures teach me where not to go or what not to do.  The successes give me a path to follow for the right results.

Strengths are Not Hobbies
Next Post:Strengths and Weaknesses vs. Personality Profiles