Should You Focus on Incremental Changes or Disruptive Innovation? 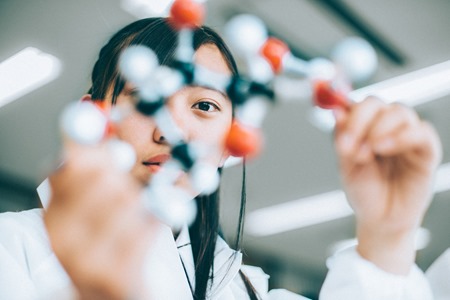 Should you focus on disruptive innovation or incremental changes?

If you simply keep making small, incremental improvements, can you survive or thrive in the market?

According to Luke Williams, you can’t.

The revolution is now, and it’s time for “disruptive thinking.”

In the book, Disrupt: Think the Unthinkable to Spark Transformation in Your Business, Luke Williarms argues that to survive and thrive in the market, you need to BE the disruptive change and be the only one who does what you do.

If You Only Make Incremental Changes, Your Path Gets Narrower and Narrower

You can’t whittle your way to enough value.

Without disruptive innovation, you can’t create enough value to stay in the game, or to leap frog ahead.  You slowly fall behind, as you try to keep up.

“Reluctant to spend a bunch of money modifying their existing operations so they can make new things that will compete with their old things, these companies become complacent and stop innovating.

Big mistake. Because when a business makes only incremental changes, they find themselves on a path that gets narrower and narrower.

Eventually, they reach the end of the path, and by then, their customers have forsaken them for a new offering that nobody saw coming.

In cases where companies do take disruptive risks, it’s often because they’re backed into a corner and there’s no other choice.”

Go for the bold.

Disruptive innovation is just like it sounds… It disrupts the current status quo.

Companies simply cannot afford to wait until they get backed into a corner. “

Just Being “Different” is Not Enough

You can’t truly differentiate if all you have is a thin veneer of difference.

You need to go beyond the surface level.

True disruptive innovation cuts deep, by changing the experiences, the expectations, and what’s possible in new and creative ways.

“The old mantra, ‘differentiate or die,’ is no longer relevant. In fact, I’d argue that, today, there’s actually too much differentiation going on.

By steadfastly clinging to the ‘differentiate or die’ mantra, businesses large and small have made it extremely difficult for their customers (and prospective customers) to tell the difference between deep, meaningful change and shallow, superficial novelty.

As a result, with an excess of similar offerings in the marketplace all claiming to be ‘different’ (which, theoretically, was supposed to add value to a company’s products or services), it’s nearly impossible for businesses to get their products noticed and command a premium for their efforts.”

Surprise the Market with Disruptive Thinking

Leave your competition in the dust through disruptive innovation.

You can use disruptive innovation to leap frog ahead of where the market is currently at.

“I’m not talking about little tweaks here and there. I’m talking about a way of thinking that surprises the market again and again with exciting, unexpected solutions.

A way of thinking that produces an unconventional strategy that leaves competitors scrambling to catch up.

A way of thinking that turns consumer expectations upside down and takes an industry into its next generation. It’s what I call disruptive thinking.”

Be the Disruptive Change

Create the change you want to BE.

Disruptive innovation is your chance to challenge and change the status quo into the change you want to see in the world.

Being the disruptive change in an industry is exactly the sort of thing that new start-ups and small-scale enterprises are best at.

But, as you’ll soon see, it’s a way of thinking that can be learned and applied just as effectively by large organizations and industry incumbents—in fact, by anyone who’s willing to challenge the status quo wherever they are.”

“Be the Only One Who Does What You Do, or Die”

You need to be deeply unique, and that means making bold moves.

Disruptive innovation is often a by-product of boldly bringing your unique value to the world.

“They need to be consistently making bold moves, even at the very peak of their success.

So, instead of ‘differentiate or die,’ the real mantra should be ‘differentiate all you want, but figure out a way to be the only one who does what you do, or die.’

Okay, that’s a little cumbersome, but you get the point.”

If you want to rise and shine, Be the disruptive change.

What Does Game Design Teach Us About Fun?
Next Post:The Learner First Approach Changes Education