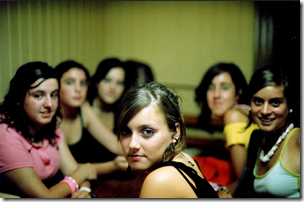 “Mastering others is strength. Mastering yourself is true power.” — Tao Te Ching

Not all power is created equal.

If you know the six sources of social power, then you can influence yourself and others more effectively.

But first, let’s take a look at the most fleeting form of power.

Information Power is the Most Transient form of Power

Information power doesn’t last.  Give away a piece of information and you give your power away.

On the other hand, knowledge and know-how is more enduring than informational power, but it’s limited to the area of expertise.

As you’ll soon see, a little know-how goes a long way, in more ways than one.

In the book, Social Psychology: Theories, Research, and Applications,  Robert S. Feldman writes about the six bases of social power.

Feldman writes that according to French and Raven (1959), and later Raven (1974), there are six bases of social power:

Here is a brief summary of the six type of power:

Reward Power is the ability to give rewards when others comply with your wishes.  This may not work from one setting to the next.  For example, an employee might laugh at a boss’s joke, but the boss’s neighbor might not.

Coercive Power is the opposite of Reward Power.  It’s the ability to deliver punishments.  While coercion can be effective in the short-term, it creates resentment and individuals will try to end the relationship.

This is where role models come into play.  Referent Power is when somebody wants to be like you.  They identify with you.  You are their reference model.  They find you attractive in some way and they model your behavior or thinking.  Groups can also be a reference model and provide standards and norms of behavior, for example, social or peer pressure.  It’s also possible to have negative reference groups.  In this case, you want to avoid being like the group, and you modify your behavior to feel less similar to the group.

Legitimate Power is power that comes from a position or role.  It’s positional authority.  For example, you "should" or "ought" to listen to your parents, or your boss.  The unique aspect of legitimate power is that it’s not about rational arguments — the power comes from the position or role.  Also, the role can be more important than the individual.  For example, presidents my come and go, but the role is always a powerful one.

"Knowledge is power."  Expert Power is where expertise or knowledge is the source of power. This is where credentials, awards, and know-how play a role.  You end up deferring to greater knowledge for the area of expertise, such as a doctor or mechanic.  It’s limited to the area of expertise.  For example, you won’t ask your doctor for advice on your car, just because they are a skilled physician.

Informational Power is the most transitory type of power.  Once you give your information away, you give your power away.   For example, you share the secret, your power is gone.  It’s different from other forms of power because it’s grounded in what you know about the content of a specific situation.  Other forms of power are independent of the content.

How To Use the Types of Power

The next time you find yourself following the crowd or following a leader, check yourself and ask where their power is coming from.

If you find yourself in a leadership position, practice self-awareness and know what you draw your power and influence from.

The next time you find yourself holding onto information because you think it gives you power, recognize that this is a fragile base.

Coercive Power is not sustainable and it burns bridges.

Legitimate Power comes and goes with the position, and Informational Power is very fleeting. (I don’t depend on information as a source of power, so I’m always quick to give information away.)

Instead, build expertise and reward people.

They are firm and worthy ways to improve your influence, and rewards can be as simple as acknowledgment and appreciation.

How To Defeat Peer Pressure

Great Lessons Learned from My Mom
Next Post:More Spring Cleanup on Sources of Insight – Simplifying the Experience