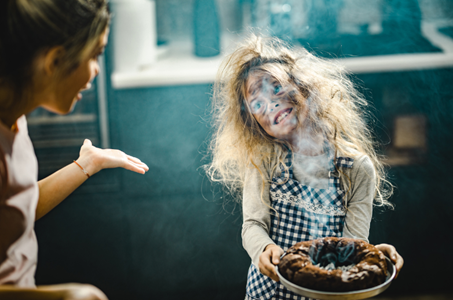 ““It is not the critic who counts; not the man who points out how the strong man stumbles, or where the doer of deeds could have done them better.” — Teddy Roosevelt

In P90X3, The Challenge, Tony Horton makes a great comment after one of his fitness students struggles to complete her reps:

“…Another great example of not getting all freaked out and making them pretty.

P90, X2, or X3, now…none of this is about a bunch of people doing things perfectly.

That’s for some other clown’s workout, not ours.

This is the real world. I sometimes misspeak. I say push ups, instead of pull ups…blah, blah, blah.

But the workout is still real.”

Every time I hear Tony Horton say that, it reminds me to try things.

Try Stuff, Even If It’s Not Perfect

It reminds me to keep things real and not get caught up in perfection, or the ideal that does not exist.

It reminds me just to try…to give my best effort… to get in the arena and go for it… even if it’s not pretty and it’s not perfect.

That’s the essence and foundation for personal growth.

And  it’s that fundamental mindset that sets the stage to be able to practice the things that lead to doing great things, even if it’s not pretty, and it’s not perfect.

It’s not about perfection.

It’s about progress… and progress is actually one of the secrets to happiness.

When we grow, we light up our life, even if it’s in some small way.

10 Reminders About Not Doing Things Perfectly

Too many people die with their music still in them, or they never realize their potential, because they get caught up in perfection.

Here are a few of my other favorite reminders about not worrying about doing things perfectly:

Here’s what Wikipedia says about perfectionism:

“Perfectionism: a personality trait characterized by a person’s striving for flawlessness and setting high performance standards, accompanied by critical self-evaluations and concerns regarding others’ evaluations.”

The good news is you don’t ever have to fear perfection.

As Salvador Dali reminds us with his inspiring words:

“Have no fear of perfection – you’ll never reach it.”

How perfect is that?

How to Use Imperfection to Get Your Ideas Adopted

The One Who Gives Their All

The Quest for Excellence

Why It’s Great to Be Able to Make Mistakes

The Courage Map Book Summary
Next Post:How To Focus by Finding Your Why