Know Where Your Time Goes 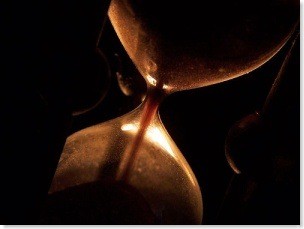 To effectively manage your time, you first need to know where it goes.  Don’t rely on your memory.  The problem is you’ll think you spend time where you should spend your time.  Your memory will fool you.  In The Essential Drucker: The Best of Sixty Years of Peter Drucker’s Essential Writings on Management (Collins Business Essentials)

, Peter F. Drucker writes about logging your time rather than relying on memory.

Man is ill-equipped to manage his time.  Even in total darkness, most people retain their sense of space.  But even with the lights on, a few hours in a sealed room render most people incapable of estimating how much time has elapsed.  They are as likely to underrate grossly the time spent in the room as to overrate it grossly.  If we rely on our memory, therefore, we do not know how much time has been spent.

Record Your Time and Test Your Memory
Drucker suggests logging your time and testing your memory:

I sometimes ask executives who pride themselves on their memory to put down their guesses as to how they spend their own time.  Then I lock these guesses away for a few weeks or months.  In the meantime, the executives run an actual time record on themselves.  There is never much resemblance between the way these people thought they used their time and their actual records.

You Think You Spend Time Where You Should Spend Your Time
According to Drucker, we fool ourselves on where we actually spend our time:

One company chairman was absolutely certain that he divided his time roughly into three parts.  One third he thought he was spending with his senior men.  One-third he thought he spent with his important customers.  And one-third he thought was devoted to community activities.  The actual record of his activities over six weeks brought out clearly that he spent almost no time in any of these areas.  There were the tasks on which he knew he should spend time – and therefore memory, obligingly as usual, told him that they were the tasks on which he actually spent most of his hours as a kind of dispatcher, keeping track of orders from customers he personally knew, and bothering the plant with telephone calls about them.  Most of those orders were going through all right anyhow and his intervention could only delay them.  But when his secretary first came in with the time record, he did not believe her.  It took two or three more time logs to convince him that the record, rather than his memory, had to be trusted when it came to the use of time.