How To Learn Anything in 20 Hours 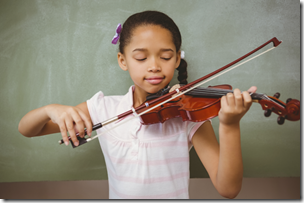 What if you could learn anything in 20 hours, what would you learn?

In the TED talk, The First 20 Hours — How To Learn Anything, Josh Kaufman explains how to practice intelligently and how to learn any new skill in 20 hours.

20 Hours to Learn Any New Skill

It takes 10,000 hours to achieve mastery in a field.  But it only takes 20 hours to get good at something, if you practice intelligently.

If you put 20 hours of focused deliberate practice into that thing,  you will be astounded.  Astounded at how good you are.  20 hours is doable, that’s about 45 minutes a day for about a month.  Even skipping a couple days, here and there.”

Practicing intelligently is the key to learning any new skill the most effective and efficient way possible.

“20 hours isn’t that hard to accumulate.  Now, there’s a method to doing this.  Because it’s not like you can just start fiddling around for about 20 hours and expect these massive improvements.

Break it down.  If you want to learn a new skill, the first thing you need to do is break it down into small action steps.

“The first is to deconstruct the skill.  Decide exactly what you want to be able to do when you’re done, and then look into the skill and break it down into smaller pieces.  Most of the things that we think of as skills are actually big bundles of skills that require all sorts of different things.

The more you can break apart the skill, the more you’re able to decide, what are the parts of this skill that would actually help me get to what I want?  And then you can practice those first.  And if you practice the most important things first, you’ll be able to improve your performance in the least amount of time possible.”

Take action and get started.  Start practicing the new skill you want to learn so that you can generate feedback and start correcting yourself.  You need to start to recognize what good looks like or what good feels like, so you can change your approach as necessary.  This is how you will create your learning loop.

“The second is, learn enough to self correct.  So, get three to five resources about what it is you’re trying to learn.  Could be books, could be DVDs, could be courses, could be anything.

But don’t use those as a way to procrastinate on practice.  I know I do this, right?  Get like 20 books about the topic, like, ‘I’m going to start learning how to program a computer when I complete these 20 books.’

No.  That’s procrastination.  What you want to do is learn just enough that you can actually practice and self correct or self edit as you practice.  So the learning becomes a way of getting better at noticing when you’re making a mistake and then doing something a little different.”

Get rid of whatever gets in the way of your ability and motivation to practice.  Make it easier to practice, by getting rid of distractions.

“The third is to remove barriers to practice.  Distractions, television, internet.  All of these things that get in the way of you actually sitting down and doing the work.

And the more you’re able to use just a little bit of willpower to remove the distractions that are keeping you from practicing, the more likely you are to actually sit down and practice, right?”

Keep making small improvements over 20 hours.  Spend about 45 minutes a day for a month, and focus on continuous improvement and learning.  Your little improvements will compound over the course of a month.

“And the fourth is to practice for at least 20 hours.”

20 Hours Gets You Over the Frustration Barrier

If you can invest 20 hours to learn your new skill, this will help you get over the initial “frustration barrier.”   It’s this “frustration barrier” that holds so many people back from learning new things, exploring new interests, or realizing their potential.

”Now, most skills have what I call a frustration barrier.  You know, the grossly-incompetent-and-knowing-it part?

That’s really, really frustrating.  We don’t like to feel stupid.  And feeling stupid is a barrier to us actually sitting down and doing the work.

So, by pre-committing to practicing whatever it is that you want to do for at least 20 hours, you will be able to overcome that initial frustration barrier and stick with the practice long enough to actually reap the rewards.”

The Major Barrier is Emotional

It’s not skill that holds you back.  You are up against yourself.  The biggest barrier is emotional.  If you can get over the hump of feeling incompetent or silly or awkward, you open new doors and you are on your way to a life of learning.

“The major barrier to learn something new is not intellectual, it’s not the process of learning a bunch of little tips or tricks or things.

The major barrier is emotional.  We’re scared.  Feeling stupid doesn’t feel good, in the beginning of learning anything new you feel really stupid.

So the major barrier is not intellectual, it’s emotional.  But put 20 hours into anything.  It doesn’t matter.  What do you want to learn?”

Of course, mastery is a whole other level.

Trends for 2016: The Year of the Bold
Next Post:25 Best Books that Changed My Life