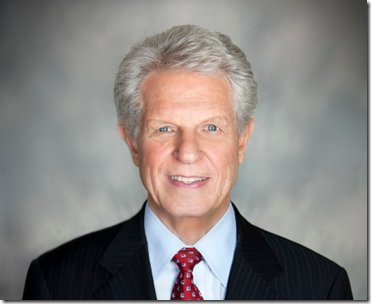 Editor’s note: This is a guest post from author Al Ries.

Al is chairman of Ries & Ries, an Atlanta, Georgia, marketing strategy firm that he runs with his daughter and partner, Laura Ries.

Their latest book is “War in the Boardroom.” Their website is: www.ries.com.

Al is a legendary marketing strategist and the bestselling author (or co-author) of 11 books on marketing including “Positioning”, “Marketing Warfare”, “Focus”, “The 22 Immutable Laws of Branding”, “The Fall of Advertising & the Rise of PR”, and his latest, “War in the Boardroom” (2009).

Without further ado, here is Al Ries on Left Brainers and Right Brainers …

My first love was advertising and my first job was in the advertising department of General Electric in Schenectady, New York.

Almost everything I know about advertising and marketing I learned at GE, but only recently was I able to sort out the most important lesson learned there.

Guess who made the most money?

Among the doers, there were some grumblings about the unfairness of the system. So the managers devised a new approach they called “parallel paths of development.”

The better, more skillful doers were going to be as well compensated as the managers. In the months that followed, “parallel paths of development,” as far as I could tell, was more theory than actual practice. So I left General Electric and went to work for an advertising agency in New York City.

Decades later, I think I finally figured out the most important lesson learned in Schenectady. There are not only two kinds of jobs in a company, but there are also two kinds of people.

The vast majority of managers in America today are verbally-oriented left brainers, rather than visually-oriented right brainers. Why is this so? Because of the way people move up the ladder in the corporate world. There was a saying at General Electric: You don’t get promoted, you get elected.

Management is like politics. Your fellow doers determine who they would like to work for. A left brainer is an extrovert, particularly good at schmoozing with people. A right brainer is an introvert, totally outclassed when it comes to office politics.

As companies get older and bigger, their upper levels tend to be staffed almost exclusively with left brainers. As a result, the innovators (primarily right brainers) tend to leave or get pushed out.

What saves the situation, as far as the economy is concerned, are entrepreneurs like Bill Gates, Steve Jobs, Michael Dell, Herb Kelleher and dozens of others.

Entrepreneurs are invariably right brainers who often turn out to be exceptionally good marketing thinkers, too. They are usually “visionaries” who focus on the “big picture,” sometimes suffering in the short term.

Since leaving General Electric, I have had a number of marketing jobs, including running my own advertising & PR agency. Over the years, however, I became frustrated by my inability to sell marketing programs to top management.

What seemed obvious to me didn’t seem at all obvious to the many companies we worked for including Procter & Gamble, Burger King, Merck, Coors, Digital Equipment, Intel, Western Union, Alcoa, IBM and many others. Time after time, our strategic ideas were shot down in the boardroom.

Why did this happen?

It got so bad for awhile, that I sometimes fell back on my fall-back position: “If this doesn’t run my way, I quit.

The “why” bothered me more than the loss of a client. Thanks to the marketing books I had written, we always seemed to be able to get new clients.

My eyes were opened a few years ago when Laura, my daughter and partner, pointed out that management minds are not on the same wave length as marketing minds. It was the first time I connected the left-brain/right brain concept to the world of business.

Laura had an insight of astonishing simplicity, yet it explained so much about the state of business today.

Management is a logical profession run by individuals who are highly analytical and often extremely intelligent. Marketing is not.

Marketing is not logical. What works in marketing is almost exactly the opposite of what seems to be the right thing to do.

You can’t sell an illogical idea to a logical manager. A left brainer finds it hard to understand ideas conceived by right-brain marketing people.

Take the U.S. airline industry. Every major carrier offers multiple classes of service and flies both domestic and international routes. That makes sense to a left-brain manager.

But not to a right-brain entrepreneur like Herb Kelleher who launched Southwest Airlines, the first “no-frills” airline. Coach only. Domestic only. No food. No pets. No advanced seating reservations. No inter-airline baggage exchange.

What would a right brainer suggest to a money-losing major airline in America?

Do the opposite of Southwest. Turn yourself into an all-first-class airline. That’s illogical, of course. That means “contracting” your business when every major company in the world wants to expand its business.

Take new categories, for example. Most big companies will never introduce a new brand that tries to create a new category. Why? Because big companies are logical, research-driven organizations and consumers invariably reject concepts they don’t understand.

As entrepreneur Henry Ford once noted, consumers didn’t want an automobile; they wanted a faster horse.

Both Coca-Cola and Pepsi-Cola are more than 100 years old, yet neither company introduced the new brands that would become leaders in the soft-drink categories.

Take the financial bailouts advocated by almost every major politician and business leader. It might be illogical, but as a marketing person I’m strongly opposed to the bailouts.     Why? Because I want a strong financial community, not a weak one. And the more financial institutions that compete in the marketplace, the weaker the industry. To strengthen the financial community we need fewer companies. Another example of less is more. Or contraction rather than expansion.

I’m not advocating a right-brain takeover of corporate America. Frankly business needs both: Logical, analytical left brainers to manage the business and intuitive, holistic right brainers to create the new ideas and concepts that will insure future success.

For that to happen, both sides need to understand each other better.

Where to Go For More

War in the Boardroom (Amazon)

Al Ries on How To Rebrand a Brand

The 22 Immutable Laws of Branding

How To Avoid Mental Burnout
Next Post:3 Ways to Spot Logical Fallacies