Great Lessons Learned from Randy Pausch in the “Last Lecture” 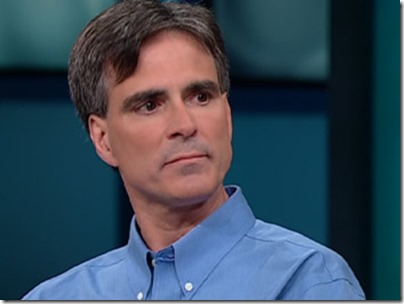 “The key question to keep asking is, Are you spending your time on the right things? Because time is all you have. ” — Randy Pausch, The Last Lecture

The idea of the last lecture is a hypothetical question, “if you knew were going to die, and you had one last lecture, what would you say to your students?”

For Randy, it wasn’t hypothetical.

He was fighting pancreatic cancer.

This talk is not about death, though.

It’s about life and how to live.  Specifically, it’s about achieving childhood dreams and about how you can try to achieve them.

Video of The Last Lecture

In this video, the “Last Lecture,” Randy Pausch talks about his dreams, enabling the dreams of others, and what lets you get to achieve your dreams.

Lessons from the Last Lecture

Here are my lessons learned from the “Last Lecture”…

Randy didn’t want to be an astronaut, he wanted the floating.

When he got older, he found a way to experience zero-gravity, without having to first become an astronaut.

Brick walls are there for a reason.

They let us prove how badly we want things.

“They are there to separate us from the people who don’t really want to achieve their childhood dreams.”

Be good at something.

It makes you valuable.

Have something to bring to the table, because that will make you more welcomed.

When you don’t get what you want, you get experience.

Randy says it so well, “Experience is what you get when you didn’t get what you wanted.”

Most of what we learn, we learn indirectly (or by “head fake”)

Randy teaches us that we actually don’t want our kids to learn football … but we send our kids out to learn much more important things: teamwork, sportsmanship, perseverance.

“These kind of head fake learnings are absolutely important and you should keep your eye out for them because they are everywhere.”

It’s all about the fundamentals.

You’ve got to get the fundamentals down, because otherwise the fancy stuff isn’t going to work.

Never underestimate the importance of fun.

Choose to have fun.

Have fun while learning something hard.

Randy says, “I don’t know how to not have fun.  I’m dying and I’m having fun.

And, I’m going to keep having fun, everyday I have left, because there’s no other way to play it.”

It’s not what you say, but how you say it.

Randy shares an example, where two people say the same thing, but they say it in different ways.

“I don’t know” is different than, “Well, I don’t have much information but one of my star faculty members is here and he’s all excited so I want to learn more.”

You can have your cake and eat it too.

Randy, wanted to be a Disney imagineer, but liked his life as a professor.

He struck a deal where he could consult one day a week with the imagineers.

Hand the torch to somebody who can carry it forward.

“When you’ve had something for 10 years that you hold so precious, it’s the toughest thing in the world to hand it over, and the only advice I can give you is find somebody better than you to hand it to.”

Get somebody to be reflective.

“The best gift an educator can give, to get somebody to become self-reflective.”

It’s what drives us.

There are moments that change your life.

10 years later if you know in retrospect, it was one of those moments, you’re blessed.

Work and play well with others.

What goes around comes around.  You can’t get there alone.

Tell the truth, be earnest, apologize when you screw up, and focus on others, not yourself.

“Don’t bail; the best gold is at the bottom of the barrels of crap.”

Do the right thing.

When you do the right thing, good stuff has a way to happen.

Get a feedback loop and listen to it.

When people give you feedback, cherish it and use it.

“It can be a spreadsheet of data or it can be one great person that tells you what you need to hear.  The hard part is listening to it.”

Jackie Robinson had it in his contract not to complain, even when the fans spit on him.

You can choose to take your finite time, and energy and effort and you can spend it complaining or you can spend it playing the game hard, which is probably going to be more helpful to you in the long run.

Find the best in everybody.

Find the best in everybody, no matter how you have to wait for them to show it.

“You might have to wait a long time, sometimes years, but People will show you their good side.

Just keep waiting no matter how long it takes.

No one is all evil.  Everybody has a good side.  Just keep waiting, it will come out.”

“Luck” is where preparation meets opportunity.

If you lead your life the right way, your dreams will come to you.

“It’s not about how to achieve your dreams, but how to lead your life.

If you lead your life the right way, the Karma will take care of itself.

The dreams will come to you.”

Decide If You’re Tigger or Eeyore

Decide if you’re Tigger or Eeyore. 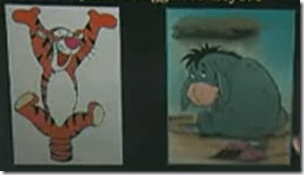 You just have to decide if you’re Tigger or Eeyore.

Tigger finds the fun in every situation.

Randy shares how he learned the value of leadership from Captain Kirk.

“What I learned that carried me forward in leadership later is that  he wasn’t the smartest guy on the ship.

I mean, Spock was pretty smart,and McCoy was the doctor, and Scotty was the engineer … and, you sort of go, and what skill set did he have to get on this damn thing and run it?

… and clearly there is this skill set called leadership, and whether or not you liked the series, there’s no doubt that there was a lot to be learned about leading people by watching this kind of action.”

When Nobody’s Saying Anything to You Anymore, That Means They Gave Up

Your worst critics can be your best coaches.

Randy tells the story of one of his most grueling football practices.

When it was all over, one of the assistant coaches came over and said, “Coach Graham rode you pretty hard, didn’t he?”

The assistant responded, “That’s a good thing … When you’re screwing up, and nobody’s saying anything to you anymore, that means they gave up.”

Randy’s take away was … when you see yourself doing something badly and nobody’s bothering to tell you anymore, that’s a very bad place to be.

Your critics are your ones telling you they still love you and care.

Randy shares a lesson about the importance of people vs things.

His parents taught him early on the importance of people over things.

When he got his first convertible, he drove to his sister’s house to pickup his niece and nephew to watch them for the weekend.

While his sister explained to her kids how careful they needed to be in Randy’s new car, Randy slowly poured a can of soda on the back seat of his car, to make the point that it’s just a thing.

Randy says this was a good thing because his nephew got the flu and threw up on the backseat on the way back.

The point Randy makes is that he doesn’t care how much value you get by owning a shiny thing.

It doesn’t feel as good as he felt that his 8 year old nephew wasn’t embarrassed that he had the flu.

Previous Post:You’re the Average of the 10 People You Spend Time With
Next Post:How To Be a Leader in Your Field