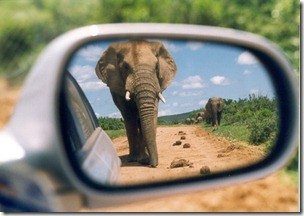 “Always walk through life as if you have something new to learn and you will.” – Vernon Howard

To keep track of the distinctions I learn, I keep an insights journal.

In my insights journal, I write down my one-liners of “ah-has.”   I track anything from quotes that hit home to dots that finally get connected   I keep it simple – a tickler list with just enough to jog my memory.

Rather than share my journal for the year, I’ve taken the time to distill some of the things I found to be most useful.

This is my short list of new lenses for looking at things:

This is a handful of things that surprised me the most:

These are some of my favorite prompts, ah-has, and distinctions from last year.  These are some things I caught myself saying to other people or thinking about:

Ways and Frames to Look at Things

This list is a cornucopia of mental models, techniques, and lenses you can apply in all sorts of scenarios:

3 Ways to Know Something
Next Post:What Do You Want to Accomplish Today?