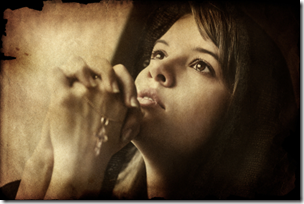 “All the art of living lies in a fine mingling of letting go and holding on.” — Havelock Ellis

Over time, a negative feeling can bog you down to where you feel stuck, and maybe even helpless.

What if you could feel light-hearted and free? … But what if the very idea of that feels so foreign and so far away?

The truth is, the answer is within you.  If you know where to look.

The Mind is Driven by Feelings

“The mind, with its thoughts, is driven by feelings.  Each feeling is the cumulative derivative of many thousands of thoughts.  Because most people throughout their lives repress, suppress, and try to escape from their feelings, the suppressed energy accumulates and seeks expression through psychosomatic distress, bodily disorders, emotional illnesses, and disordered behavior in interpersonal relationships. “

We Call Our Negative Emotions “The Human Condition”

We carry the burdens of negative emotions in our minds and bodies.  And we affectionately call it, “The Human Condition.”

“The accumulated feelings block spiritual growth and awareness, as well as success in many areas of life.

We carry around with us a huge reservoir of accumulated negative feelings, attitudes, and beliefs.  The accumulated pressure makes us miserable and is the basis of many of our illnesses and problems.  we are resigned to it and explain it away as the ‘human condition.’  We seek to escape from it in myriad ways.  The aver human life is spent try to avoid and run from the inner turmoil of fear and the threat of misery.  Everyone’s self-esteem is constantly threatened both from within and without.”

Thoughts are Painless, but Feelings are Not

The thoughts themselves don’t need to be painful.  But the feeling we associate with those thoughts can be.

One Feeling Can Create Thousands of Negative Thoughts

One feeling can be a never-ending flow of thoughts.

“It is the accumulated pressure of feelings that causes thoughts.  One feeling, for instance, can create literally thousands of thoughts over a period of time.  Think, for instance, of one painful memory from early life, one terrible regret that has been hidden.  Look at al the years and years of thoughts associated with that single event.  If we could surrender underling painful feeling, all of those thoughts would disappear instantly and we would forget the event.”

When We Let Go of Feelings, We Free Ourselves from the Associated Negative Thoughts

We hold the power to let go of negative thoughts.

“This observation is in accord with scientific research.  The Gry-LaViolette scientific theory integrates psychology and neurophysiology.  Their research demonstrated that feeling tones organize thoughts and memory (Gray-LaViolette, 1981).  Thoughts are filed in the memory bank according to the various shades of feelings associated with those thoughts.  Therefore, when we relinquish or let go of a feeling, we are freeing ourselves from all of the associated thoughts.”

The Surrendered State: Be Free of Negative Emotions

Put the bags down.  Don’t carry feelings forward that limit you and all that you’re capable of.

“The great value of knowing how to surrender is that any and all feelings can be let go of at any time and any place in an instant, and it can be done continuously and effortlessly.

What is the surrendered state? It means to be free of negative feelings in a given area so that creativity and spontaneity can manifest without opposition or the interference of inner conflicts.

To be free of inner conflict and expectations is to give others in our life the greatest freedom.  It allows us to experience the basic nature of the universe, which, it will be discovered, is to manifest the greatest good possible in a situation.

This may sound philosophical, but, when done, it is experientially true.”

If you’ve been stuck in your thoughts, maybe you need to let some feelings go.

Imagine a lighter feeling you.

Imagine a you that is no longer burdened with holding on to feelings that no longer serve you, or never served you to begin with.

Feel your way through it, and find your way forward, by letting go of feelings that you no longer need to feel.

How To Let Go of Limiting Emotions Using the Sedona Method

Is Your Personal Belief System Working Against You?

Your Thoughts Create Your Feelings