Live on the Frontier of Your Life Experiences 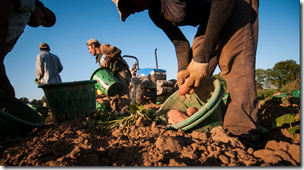 Do you boldly go where you have not gone before?

You can live and lead on the new frontier of your life experiences from wherever you are.

To do so, get  out of the lab, or the ivory tower, and push the envelope by doing things with courage and audacity on the front lines.

Everyone is a leader.  You just need to exercise your power to act.

In the book, Lead with Humility: 12 Leadership Lessons from Pope Francis, Jeffrey A. Krames shares insight on how Pope Francis’s uses humility as a strength, and how you can use the same methods to be a more compassionate, authentic, and effective leader.

A Pragmatist on the Frontier

The new frontier is all around you, if you let go of the past.

“Francis shows his pragmatism in many ways at the leader of the Catholic Church.  He understands and acknowledges that the world is a huge, diverse place and that the church’s SIP is many cultures’ quickly evolving definitions of the ‘new normal’– from nontraditional marriages and unions to technology’s increasing role in everyday life, and to greater emphasis on ecological issues.  And he knows that if he is going to fulfill his goal of a more open and welcoming Church, then he must break with the most severe and steadfast parts of Church doctrine by considering changes to things that would have been unfathomable under Benedict XVI or any previous pope, such as allowing  civil unions, tolerating divorce, and not judging people on their sexual orientation.”

Living in the Laboratory vs. Living on the Frontier

While things might look good on paper, or work in the lab, it’s easy to lose touch with what works in the real world.

“Here, Bergoglio uses a very personal example to explain the term: ‘The frontiers are many.  Let us think of the religious sisters living in hospitals.  They live on the frontier, I am alive because of one of them.  When I went through my lung disease at the hospital, the doctor gave me penicillin and streptomycin in certain doses.  The sister who was on duty tripled my doses because she was daringly astute; she knew what to do because she was with ill people all day.  The doctor, who really was a good one, live in his laboratory.  The sister loved on the frontier and was in dialogue with it every day.’  You can’t lead from the back, Francis is saying.  You have to lead from the front, where the struggle doesn’t end just because the leader has left.  So he lives on the frontier himself.”

See the World for What It Is

Before you can change things in a meaningful way, you need to read the situation and understand the context, and really empathize with the people and the issues.

“Pragmatists see the world for what it is, not how they wish it to be.  As humble as Pope Francis is, he describes himself as a ‘political animal.’ He knew that to become the 266th pontiff, he would have to understand the politics of the conclave, even though he was too humble to actually campaign for the job in any covert manner.  Likewise, Francis urges people to engage in office politics, because hi is a pragmatist and knows that these people who do not engage in the underlying culture or politics of an organization will be left behind.  Rather than avoid office politics, which albeit are frequently a waste of time–or, worse, spending your time instead wishing you live in a world without them–participate, but don’t succumb.  Use the dramas as a way to demonstrate your own leadership skills by solving problems, bringing antagonists together and turning them into teams, and creating a more collegial atmosphere instead of a poisonous one.  You may have to be ruthless and get rid of those who would root for the poison, but most people don’t like office politics and they’ll be glad to see the snakes banished, too.”

Never stop learning.  Experiment to uncover and discover brand new opportunities for yourself and others, that you could never see before.

Via Lead with Humility:
”Pope Francis urges people to hart new paths in their field of endeavor.  Experimenting with new ideas and products or services is certainly consistent with a pragmatist’s view of the world.  That’s because the pragmatist knows that one day something that worked well for an individual or organization won’t work anymore.  Intel’s founders learned that the hard way, which is why its cofounder Andy Grove urges managers to always be experimenting with new ideas and products.  Evaluating new processes can also help your company keep up with trends.  Make sure your procedures are efficient as possible by assessing work flow and deciding whether new technologies can be implemented to make your time go further.”

Live on the Frontier

To live on the frontier, you just need to push your boundaries and challenge your own status quo.

“Although frontier–or new frontier–were popular words and phrases for John F. Kennedy when he campaigned for president, Francis has a slightly different meaning for the word today.  In American parlance, he means pushing the envelope by doing courageous things on the front lines.  Don’t be afraid to push yourself beyond limits that are self-imposed or placed on you by society or convention; you might be surprised what you can accomplish if you do things Francis’s way.”

Where is the Frontier?

The frontier is all around you.   But most importantly, your new frontier starts from the inside out.

“The frontier is not a place; it is more of a positive and broad-minded attitude coupled with courage and audacity.  Living on the frontier means doing different things for different people, depending in large part on what one does for a living (but certainly not restricted to a person’s career).  For members of the clergy, immersing themselves deeply in the community they serve and going out to help all members of their community is living on the frontier.  Observing and judging the problems of their flock from a distance and examining crime statistic is the opposite. “

What is the Frontier

To really know and understand an issue, you need to live and breathe it.

Via Lead with Humility:
”Here is how Francis wrote about this phenomenon: When it comes to social issues, it is one thing to have a meeting to study the problem of drugs in a slum neighborhood and quite another to go there, live there, and understand the problem from the inside and study it … One cannot speak of poverty if one does not experience poverty, with a direct connection in the places in which there is poverty.”

Your can grow your new frontier right under your feet, from any job.

“Most of us have lived on the frontier at one time or another.  Much depends on what your profession, and your life, offers you, and in turn, what decisions and life choices you make along the way.  In most cases, your frontier will not require heroic acts, such as ‘curing’ people of poverty and illness in the slums; most of us can live on the frontier even if we simply have everyday kinds of jobs.”

How To Work on the Frontier of Your Industry

Here are some pragmatic ways that you can work on the frontier of your industry.

Wherever you are and wherever you go, you take your frontier with you.

As our world changes and evolves, do you?

Everyone is a Leader

Image by U.S. Department of Agriculture.

What is Carrot and Stick Motivation (and What’s a Better Way)
Next Post:Strategy as a Way of Life