What is the Role of Luck When It Comes to Success in Work and Life? 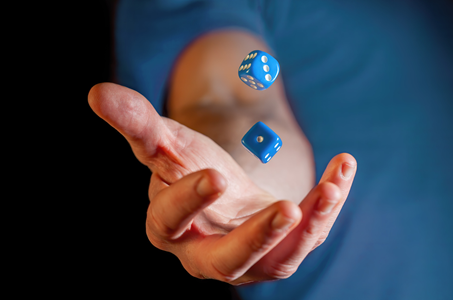 “Success is simply a matter of luck. Ask any failure.“ – Earl Wilson

What exactly is the role of luck when it comes to success?

It’s a rather wide spectrum.  It ranges from a great deal of luck to no luck at all, or, in fact, some very bad luck.

What’s important is that your belief about luck can really shape your chances for success.

As my friend’s Dad puts it, “Luck is when skill and opportunity come together.”

In Tactics: The Art and Science of Success, Edward de Bono writes about various perspectives on luck based on studying the patterns and practices of 50 successful people.

Personally, I’m a fan of the positive attitude on luck.  I’ve seen self-awareness and skills make an enormous difference in the probability of success.  It’s less about what happens to you, and more about what you make of each opportunity.  A sense of humor can help you get back up when you get knocked down.

Drive and focus can help you work through tough situations.

Building a great network gives you more support to help you thrive in more situations.

Modeling the success of others can help you avoid wrong paths and painful mistakes.  Skills like anticipation and being able to read a situation can help you avoid bad scenarios or leverage them more effectively.  Most importantly, problem solving can help you grow while dealing with the tough stuff in your life.

A Lucky Fall of the Cards

Luck can simply be the fall of the cards.

“The main point is that if you look only at the two out of a hundred that succeeded, you might attribute success to their personality, style, or course of action.

It may actually be not more than a lucky fall of the cards.”

Some people luck into success.

“I have no doubt that some people have been very successful through sheer good luck.

There will be times when readers of this book will spot instances of such luck.

This often happens when one person meets another who provides him with an opportunity.  If you play tennis with a girl and then marry her and then join her father in a booming television business, then that probably counts as some sort of luck.

In other cases, luck is meeting just the right partner at an early stage.  It is remarkable how many successful people have come across as backup partner who provides the solidity and financial soundness to complement their entrepreneurial flair.”

Some people can run into some very bad luck.

“It can of course, happen the other way around.  Sometimes a very gifted person has a run of very bad luck.

For example, they designs a fuel-saving car just when the price of oil drops.

Or, an important write-up on them (which might have changed their career) is not published because the newspaper happens to be on strike that week.”

Luck May Give the First Opportunity

They also argue that if that opportunity had not come along, then another one would have.

A successful person would be successful whatever the initial opportunity.

The noted psychologist Professor Hans Eysenck says that he only went into psychology because he could not afford the year’s waiting that would be required for entry into another science area.”

A Spectrum of Luck

He does not take a strong stance on luck because he’s seen he’s seen luck play such a varied role in success:

There is a spectrum ranging from a great deal of luck to no luck at all.”

The Passive Attitude Toward Luck

Some people take a passive view on luck:

“For some people, it is a comfortable thought that success may be due to luck.  It means that they do not have to do anything different but just to carry on and hope that luck – like winning a lottery ticket – might make them successful.

They may also feel there is no point in striving because without luck nothing will happen.

It is always comfortable to feel that you are just as talented and just as worthwhile as the successful person but not quite as lucky.”

The Positive Attitude Toward Luck

de Bono writes that a positive attitude helps you make the most of luck:

If You Want to Learn Success, Study Success
How To Visualize Success
Measure of Success
The Best Quotes on Luck of All Time
You Can Engineer Your Own Luck
Lucky, Gifted, and Focused

The Secret of Better Project Management: Timeboxes, Rhythm, and Incremental Value
Next Post:How Determination and Drive are Important for Success in Work and Life