You Can Engineer Your Own Luck 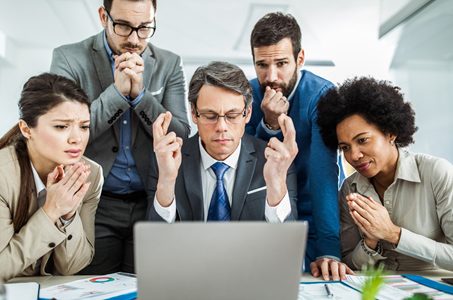 “You never know what worse luck your bad luck has saved you from.” — Cormac McCarthy

Some people are very good at getting lucky.

But they aren’t actually lucky.

Instead, they engineer their luck.

You, too, can engineer more luck by taking emotion out of the equation, taking calculated risks, minimizing your exposure, and focusing on skills.

In the book All in Startup: Launching a New Idea When Everything is On the Line, by Diana Kander, there is a chapter titled “ Luck Can Be Engineered If You Take Emotion Out of the Equation.” In that chapter, Kander shares some powerful insight into how you can design more luck in your life.

Don’t go “all in.”  Know the odds, and find ways to stack them in your favor, by taking calculated risks, and minimizing your exposure.  The bigger the risk, the harder the fall.

“But it wasn’t just luck.  He knew that.  Owen thought back to his conversation with Sam about slot machines versus poker.  He was taking very calculated risks, minimizing his potential exposure on hands, and continuously analyzing his chances in a hand based on new information.”

What are the Odds of Moving Forward

Ignoring what you already put into it, Is it a smart move now?  The sunk cost fallacy is a term used to describe poor decision making in business, gambling, and politics.  It leads to throwing good money after bad.

The sunk cost fallacy or “escalation of commitment“, is a phenomenon where you justify increased investment in a decision, based on your cumulative prior investment.

You have to look at the cost, starting today, right now, of continuing the decision and whether the new cost would outweigh the expected benefit.

“Owen wasn’t worrying about money already committed to a hand, he was thinking about his odds moving forward.  He wasn’t gambling.  He was excelling at a game of skill because he minimized his risks and, yeah, gotten lucky  a time or two.  But he also was able to make sure his losses didn’t cripple him. “

Reduce It to Skill

Take gambling out of the equation and reduce it to skill.  Gamblers get lucky, but skill outlasts luck in the long run.

All in Startup: Launching a New Idea When Everything is On the Line

“Now, though, guys like 10-gallon hat cowboy would be very few and far between.  There were virtually no gamblers left.  The vast majority of the 244 players remaining were extremely skilled, and by the end of today, their number would dwindle to 85.”

So, are you feeling lucky?

Then, it’s lucky you found this article, huh?

This is How You Succeed as a Startup: Solve a Migraine Type Problem
Next Post:4 Principles that Profoundly Increase Startup Success