Make Your Own Secret Sauce 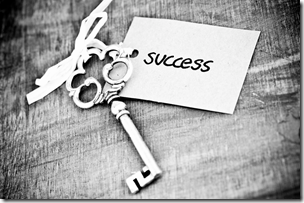 “Make the most of yourself, for that is all there is of you.” — Ralph Waldo Emerson

Editor’s note:  This is a guest post by Kevin Lam, and I have to say you’re in for a treat. If you don’t know Kevin, he’s a master of pragmatic insight. He’s always pushing the envelope and he’s a serial Entrepreneur. Kevin is also a continuous learner and he’s always testing his ideas and setting a new bar for himself.  Without further ado, here’s Kevin …

How To Make Your Own Secret Sauce

Occasionally I get mistaken for someone who is very successful and get asked if I have a list of steps to follow so that others can enjoy the same successes. I don’t have a step-by-step guide (though I do highly recommend JD’s Agile Results), but what I do have are nuggets of wisdom that I like to call “secret sauces” that I’ve picked up along the way since starting my Internet security services and data protection businesses. My hope is that they can be useful for you in helping you create your own list of secret sauces. Here are my top 5:

Secret Sauce #1: Pain from Regret Versus Pain from Discipline

The pain from regret is the discomfort you feel after you should have done something, but the opportunity has already passed. For example, this is the disappoint in yourself when you had a whiz-bang idea that someone else capitalized on because you were too lazy yourself to execute on it. Or that test you failed because you didn’t study the night before.

Here’s the key difference: Pain from regret stays with you for a long time, eats away at you and drains your energy. Pain from discipline on the other hand is momentary and fills you with a sense of accomplishment afterwards. The United States Navy SEALs have an interesting motto that I think captures the essence of this secret sauce and goes something like this: “Pain (from discipline) is weakness leaving the body.” Mint. Think about this the next you’re trying to push through a difficult task.

The rapper T.I had an MTV show where he went around to various cities to help troubled teenagers. He gave this piece of advice to one of those troubled teenagers, but I think it can be applied to just about everyone, troubled or not. Your emotional intelligence is the part in all of us that causes us to sometimes lash out and do stupid things like physically abuse a spouse and say irreparable or hurtful words (and be an all-around jackass). Your actual intelligence is the part between your ears that lets you look at problems objectively and logically. Make sure one is not unnecessarily overriding the other.

Richard “Mack” Machowicz, a former Navy SEAL and host of the Discovery Channel’s show “Future Weapons” sat on a TV panel and was asked how he handled fear especially when he was faced with difficult situations. His response was that he looked at fear as “false evidence appearing real” indicating that we often and irrationally fear things that have not materialized. What’s more, the fixation on that fear often immobilizes us and prevents us from accomplishing our dreams. For example, quitting your job to start a business, getting that promotion or asking that special stranger out on a date. Look at the fears you have in your life right now, have they actually materialized and what are they preventing you from achieving?

Either it was Sun Tzu or it was Bruce Lee who said this (it’s really not important as you will see shortly from this section): “If you battle, you must win.”  The author of this quote was making the point that is if you have to fight for something it must be a fight that you can win. I’d like to add a modifier to this quote if you will, and that is “if you battle, you must win … and you must pick battles worth winning”.  That is, before you engage in a battle (argument with a co-worker, law-suit against a family member, whatever) look at (1) can you win that battle, and (2) if you do win what is the prize and is it worth the effort? Gold bar, or crap sandwich?

The most recent example that sticks in my mind happened the night I was drafting this article for JD’s blog.  At the gym I go to, there this a fellow who was looking to start his own business and knew that I had already started a few of my own. He was telling me about how he read that start-ups struggle and are rarely profitable for the first five years “like yours.”  Huh? Last time I checked I’ve been profitable each and every year I’ve been in business. I corrected him, but he kept insisting my businesses were not profitable. Now, I could have easily won this battle by showing him my books, balance sheets and yearly profit and losses, but remember that’s half the battle. Even if I did show him my books and convinced him otherwise, what would it get me? The approval of someone who clearly has a listening problem? Crap sandwich. I just smiled and said “yeah sucks to me” and let him ramble on a little more before excusing myself from the conversation. Save your energy for battles that are worth winning.

This one I learned from Warren Buffet. Basically it says that happiness is reality minus expectations. Put another way, the less expectations you have in your life the happier you will be. When I started to really internalize this everything around me transformed. My marriage, my businesses, how I saw and appreciated my friends and family and much more. Stew on this point a little more if you have to and you’ll see that Buffet is right. Powerful, powerful stuff.

Bonus Sauce:  Practice Asking Why (Look for the Sauce Inside the Sauce)

Thus far I’ve shared with you my top 5 secret sauces. That’s the what part, but there’s another more important part to consider, and that’s the why part (i.e. the sauce inside the sauce). Yes these are the top 5 secret sauces that drive me, but why do they drive me? Take secret sauce #5 for example. Ok, there’s the formula for happiness (the what). But why is this one so profound? Well to reduce expectations one needs to be aware of them. That’s the why: building stronger self-awareness. The more self-aware you are … how do I put this the easiest … the more successful you will be at everything, forever! Now take a look at your own list of secret sauces and practice asking why. I am betting your list is transforming right before your eyes.

Train your eye to also see the why and you will start seeing the world, people and events around you much more differently. Pssss … there’s secret sauce everywhere.

Kevin Lam is a serial entrepreneur and the owner of a company that develops a secure file transfer solution. Kevin has many goals, but the key ones are (1) learning some new everyday (2) competing in everything and (2) creating amazing software that enables people to protect themselves from malicious hackers, identity thieves and other online threats. Here are some of the most impactful things he’s learned during his journeys. Kevin can be contacted at kevinlam@golockbox.com.

5 Conflict Management Styles at a Glance
Next Post:Six Key Components of a Well-Run Business