Momentum is Key in Physics, Sports, and Sales! 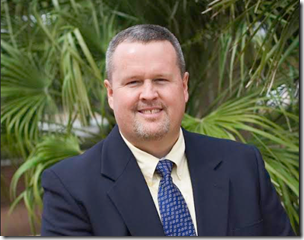 Editor’s Note: This is a guest post by Robert Luckadoo on how to use momentum to succeed in everything you do.

Robert is a motivational speaker and business consultant.

He is also the author of  Grit in Your Craw.  It’s a book about achieving your highest goals through resilience, tenacity, and flexibility, along with a sense of purpose, and an optimistic attitude.

Robert’s highest goals include realizing his potential in sports, sales, and startups, as well as helping others be their best.

No matter the challenge, Robert knows how to find a way to win, in business and in life.

On the sports side, Robert enjoys track and field, so to say.  Robert is a former owner and driver in the NASCAR Goody’s Dash and Winston Racing series.   On the field side, Robert has coached fast-pitch softball at the University of North Carolina at Chapel Hill and Meredith College in Raleigh, N.C.

On the business side, Robert has enjoyed many successful years in the financial industry.  He lives his purpose which is to educate, motivate, and inspire the agents he works with and to help them take their business, their agencies, and their careers to the next level.

Without further ado, here is Robert Luckadoo on how momentum is everything whether it’s physics, sports, or sales …

A Body In Motion, Stays in Motion

At one time or another, you’ve probably heard the phrase “A body in motion stays in motion and a body at rest stays at rest.” In the physics world, this is Sir Isaac Newton’s first law of motion, regarding something known as momentum.

In laymen’s terms, the gist of the law is that it’s really hard to get a body moving from a still position, but once it’s in motion and has a velocity of its own, it’s much easier to keep it going at that velocity.

Momentum Works in Sports, Too

In the world of athletics, momentum seems to work the same way. There are teams that are continually stuck in the mire, losing game after game.

No matter what they do, they remain at a standstill.

They might win a game or two but usually finish at the bottom of their conference or division. They can add a new quarterback—nothing. They can change coaching staffs—nothing. From a momentum standpoint, they don’t have any.

They’re not a body in motion, and no velocity means no wins. Then there are teams whose chemistry suddenly becomes perfect. They get on a roll and everything goes their way. Once they’re in motion, there’s almost nothing that can stop them.

It’s All About Momentum

This positive athletic momentum is exactly the means by which Jim Valvano’s 1983 North Carolina State men’s basketball team developed its chemistry toward the end of a relatively mediocre season and powered its way through the ACC conference tournament—past the Duke and UNC powerhouses—and earned an automatic bid to the NCAA tournament.

And when they got there, their momentum prevailed.

They eked out several close wins in the initial rounds, acquiring the nickname “The Cardiac Pack,” and in one of the most incredible tournament finishes in NCAA history, they beat the Houston Cougars’ “Phi Slamma Jamma” team of human highlight reels to win the national basketball championship.

That year, for that team, it was all about momentum.

Another example of late-season momentum in athletics is the story of the 2008 Super Bowl champions. That season, a mediocre New York Giants team, headed by quarterback Eli Manning, made it into the playoffs by the skin of their teeth. They were 9-7 for the 2007 season, but they came on strong in the final weeks and earned a wild-card spot.

When the playoffs began, their chemistry gelled and they built momentum that they hadn’t been able to earlier in the season. Ultimately, those New York football Giants surprised the undefeated, twelve-point-favorite New England Patriots in what was arguably the biggest upset in Super Bowl history.

There’s absolutely no doubt that the Giants’ victory can be attributed to late-season positive momentum.

A Body at Rest, Stays at Rest

In sales as in physics and in sports, momentum is critical to a sales agent’s success. Agents often ask me, “What’s the key to being successful in sales?” And although there are many “keys” to success in any performance-based profession, one of my top answers is always “consistency.”

The reason can be found in Newton’s first law of physics: A body at rest will most likely remain at rest.

When it comes to performance-based professionals, particularly those in sales careers, making that first sale is like trying to push a stalled car that’s run out of gas. It’s very difficult to get that car moving. You push and push and push to no avail. But then, all of a sudden, it starts to roll.

Now, if you quit pushing, the car will stop rolling and go back to being a body at rest, of course, but once it’s moving, it’s so much easier to keep it moving.

Momentum is as important in the world of sales as it is in physics and athletics. Repeating the critical actions that allowed you to make the first sale is the consistency that will keep your momentum rolling, sale after sale after sale. Just like in athletics, consistency and positive momentum go hand in hand.

Think about your career as a salesperson.

And don’t you agree that it’s terribly difficult to get the hopper full of leads again once you allow it to run out?

But a salesperson with no leads, no prospects, no cases in the hopper and no positive momentum will probably fail to reach his or her personal sales goals and probably won’t be successful in a sales career.

Get Some Forward Momentum

So if your hopper is running low and your momentum is “at rest,” let’s get behind that stalled car, start pushing and get it moving forward. And once you get that first new sale under your belt, keep up the momentum by being consistent with your sales actions.

Continue to do the things that made you successful in that first sale—prospect, make appointments, follow up on leads, keep Ex-Dates. Keep your prospects and your contact list active and growing, and keep your hopper full of new client cases in various stages of completion.

If you do, the momentum of your successes will guarantee that your sales career will stay in motion, and you’ll make your manager proud—not to mention Sir Isaac Newton.

You can learn more about Robert on his blog at http://robertluckadoo.com/.

101 Ways to Motivate Yourself and Others

Start with Something Simple

How To Defeat Peer Pressure
Next Post:Do Customers Really Know What They Want?