Motivation on Fire: Keep Your Motivation Burning for the Long-Haul 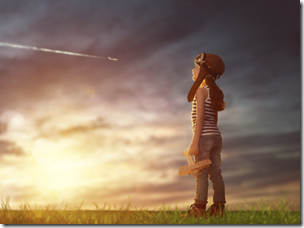 “To different minds, the same world is a hell, and a heaven.” – Ralph Waldo Emerson

When is a leader’s motivation most powerful?

When their cause is bigger than themselves.

As Daniel Pink puts it, “The most deeply motivated people …hitch their desire to a cause larger than themselves.”

How Leaders Set Their Motivation on Fire

There are two key shifts that help a leader set their motivation on fire and unleash their greatest motivation.

First, the leader shifts from a desire not to fail, to  ambition to grow.  This is where the leader finds the fire that burns inside — their personal burning ambition.

In Leadership Transformed: How Ordinary Managers Become Extraordinary Leaders, Dr. Peter Fuda uses the Fire metaphor.  He uses fire to describe the motivational forces that initiate and sustain transformation efforts.  This includes a burning platform and a burning ambition, as well as personal and organizational reasons for change.

For sustainable motivation, a leader should focus on ambition over fear and urgency.

In this critical shift, I outline how to move from a mindset of perennial fear and urgency to a far more energizing context that provides the fuel to sustain what is often a long and arduous journey of transformation.”

The Concept of the Burning Platform

The idea of a “burning platform” is based on a real-life event.  It was a choice between probable death and certain death.

“It derives from a real-life tragedy that occurred on July 6, 1988, on the Piper Alpha oil platform in the North Sea, when 167 men lost their lives… One of the survivors of the catastrophe was Andy Mochan, a superintendent on the rig.  Woken by a  huge explosion, he ran up on deck to discover that the platform was engulfed in flames.

He faced a choice:  Stay on the platform and burn to death, or jump some hundred and fifty feet — approximately fifteen stories — into freezing cold water and hope to survive?

He decided to jump.  Somehow he survived the impact and was picked up by a rescue boat just before he would have frozen to death.  When asked why he jumped, he replied, ‘Better probable death than certain death.’”

Fear and Urgency are Motivators for Change

When it comes to change, leaders will often use fear and urgency – a burning platform — to drive change.

“The apparent application of this story to a business context is that fear and urgency are not only necessary but desirable motivators for change.

As Kotter explains in his book, Leading Change, ‘Visible crises can be enormously helpful in catching people’s attention and pushing up urgency levels.  Conducting business as usual is very difficult if the building seems to be on fire.’”

In a World of Burning Platforms, There are Many Pyromaniacs

A burning ambition sustains you.  A burning platform burns you out.

“But while burning a platform can spark leaders into action, what we found strongly suggests that a mindset of urgency and fear is not conducive to sustaining change over time.

Our findings also suggest that in a world of burning platforms, there are many pyromaniacs.

As Kotter himself seems to agree, fires can cause collateral damage if not attended to.  Our work leads us to conclude that it is, in fact, a burning ambition — a strong driven motivation — that enables leaders to accelerate and sustain transformation efforts over time.”

“Leader’s personal ambitions are transcended by the lasting impact they wish to have on their organizations, their customers, their industries, and their communities.

Leaders saying things like ‘I want to leave a legacy of a growing organization,’ I want my successor to be set up for even greater success,’ ‘I want to transform our industry,’ ‘I want to revolutionize the customer performance to societal contribution,’ are all expression of the motivational forces at play in this quadrant.”

The Power of Purpose When It Transcends the Individual

Find a greater cause, and you’ll rise to greater levels.

“Daniel H. Pink, author of Drive: The Surprising Truth About What Motivates Us, speaks about the power of purpose when it transcends the individual:

‘Autonomous people working toward mastery perform at very high levels.  But those who do so in the service of some greater objective can achieve even more.  The most deeply motivated people — not to mention the most productive and satisfied — hitch their desire to a cause larger than themselves.’”

Rather than fear and urgency, we can use ambition and a cause that’s bigger than ourselves to create lasting motivation and change.

You don’t have to create a burning platform to set your motivation on fire.

Steven Mundahl on How To Avoid Self-Destruction
Next Post:Leadership Transformed Book Summary