How To Build Uncommon Mental Toughness Like a Navy SEAL 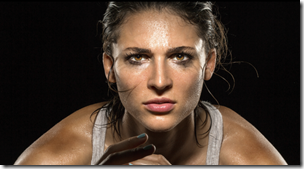 “The only easy day was yesterday.”– U.S. Navy SEALS

Imagine if you could build your mental toughness like a Navy SEAL.

You can build your mental toughness like a Navy SEAL, if you learn the 4-step process the Navy SEALs use to improve their passing rate of trainees.

4-Step Process the Navy SEALs Use to Build Mental Toughness

According to Bakari Akil, in his article on How The Navy SEALs Increased Passing Rates, the Navy SEAL 4-step process is:

Here’s how it works …

1. Set Goals to Chunk Things Down

Navy SEALs set micro-goals or mini-goals to make it through the day (or to chunk down whatever obstacle they are up against.)

“With goal setting the recruits were taught to set goals in extremely short chunks. For instance, one former Navy SEAL discussed how he set goals such as making it to lunch, then dinner.”

Navy SEALs mentally practice how they will succeed in the future situation.  They visualize what they will do and how they will respond to the challenges before them in a positive way.  This way, when the challenge comes along, they are ready for it.

“With mental rehearsal they were taught to visualize themselves succeeding in their activities and going through the motions.”

Navy SEALs use more positive self-talk to talk their way through tough situations.  This helps reduce the fears from the more primitive part of the brain.

Note that this isn’t just hoping for the best.  What makes this work is practice and preparation.  By practicing mental rehearsal, you can now respond, instead of react.

Via How The Navy Seals Increased Passing Rates

“As far as self talk is concerned, the experts in The Brain documentary made the claim that we say 300 to 1000 words to ourselves a minute. By instructing the recruits to speak positively to themselves they could learn how to ‘override fears’ resulting from the amygdala, a primal part of the brain that helps us deal with anxiety.”

4. Use Breathing to Practice Arousal Control

Navy SEALs focus on breathing as a way to stay calm and focused.

“And finally, with arousal control the recruits were taught how to breathe to help mitigate the crippling emotions and fears that some of their tasks encouraged.”

Knowledge won’t help you unless you apply it.

If you want to do better in your most stressful situations, remember to set micro-goals, rehearse successful actions in your mind, use positive self-talk and focus on your breathing.

Best Leadership Gifts
Next Post:How To Feel More In Control of Your Life with Skill