Great Quotes by Nelson Mandela that Will Empower You 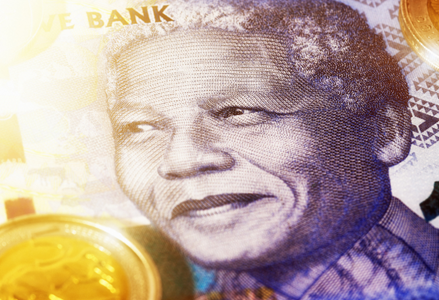 “I am the master of my fate: I am the captain of my soul.” — William Ernest Henley

I put together a special collection of my favorite Nelson Mandela quotes.

The key themes that pop for me are:  freedom, forgiveness, unity, leadership, equality, compassion, purpose, courage, conviction, influence, and humility.

My favorite messages that come across from Nelson Mandela’s quotes are:

Rise above your circumstances, might does not make right, and forgive, even if you can’t, or won’t, forget.

“A fundamental concern for others in our individual and community lives would go a long way in making the world the better place we so passionately dreamt of.”

“A good head and a good heart are always a formidable combination.”

“No one is born hating another person because of the color of his skin, or his background, or his religion.  People must learn to hate, and if they can learn to hate, they can be taught to love, for love comes more naturally to the human heart than its opposite.”

“Our human compassion binds us the one to the other – not in pity or patronizingly, but as human beings who have learnt how to turn our common suffering into hope for the future.”

“There can be no keener revelation of a society’s soul than the way in which it treats its children.”

“A winner is a dreamer who never gives up.”

“After climbing a great hill, one only finds that there are many more hills to climb.”

“Courage is not the absence of fear — it s inspiring others to move beyond it.”

“Courageous people do not fear forgiving, for the sake of peace.”

“Difficulties break some men but make others. No axe is sharp enough to cut the soul of a sinner who keeps on trying, one armed with the hope that he will rise even in the end.”

“Do not judge me by my successes, judge me by how many times I fell down and got back up again.”

“Does anybody really think that they didn’t get what they had because they didn’t have the talent or the strength or the endurance or the commitment?”

“I am fundamentally an optimist.  Whether that comes from nature or nurture, I cannot say.  Part of being optimistic is keeping one’s head pointed toward the sun, one’s feet moving forward.  There were many dark moments when my faith in humanity was sorely tested, but I would not and could not give myself up to despair.  That way lays defeat and death.”

“It always seems impossible until its done.”

“Man’s goodness is a flame that can be hidden but never extinguished.”

“Once a person is determined to help themselves, there is nothing that can stop them.”

“The greatest glory in living lies not in never falling, but in rising every time we fall.”

“There are few misfortunes in this world that you cannot turn into a personal triumph if you have the iron will and the necessary skill.”

“We must use time wisely and forever realize that the time is always ripe to do right.”

“I detest racialism, because I regard it as a barbaric thing, whether it comes from a black man or a white man.”

“I hate race discrimination most intensely and in all its manifestations. I have fought it all during my life; I fight it now, and will do so until the end of my days.”

“I have cherished the ideal of a democratic and free society in which all persons live together in harmony and with equal opportunities.”

“There is nothing I fear more than waking up without a program that will help me bring a little happiness to those with no resources, those who are poor, illiterate, and ridden with terminal disease.”

“As I walked out the door toward the gate that would lead to my freedom, I knew if I didn’t leave my bitterness and hatred behind, I’d still be in prison.”

“If there are dreams about a beautiful South Africa, there are also roads that lead to their goal. Two of these roads could be named Goodness and Forgiveness.”

“We forgive but not forgotten.”

“For to be free is not merely to cast off one’s chains, but to live in a way that respects and enhances the freedom of others.”

“Let freedom reign. The sun never set on so glorious a human achievement.”

“Money won’t create success, the freedom to make it will.”

“There is no easy walk to freedom anywhere, and many of us will have to pass through the valley of the shadow of death again and again before we reach the mountaintop of our desires.”

“There is no such thing as part freedom.”

“Where globalization means, as it so often does, that the rich and powerful now have new means to further enrich and empower themselves at the cost of the poorer and weaker, we have a responsibility to protest in the name of universal freedom.”

“As we let our own light shine, we unconsciously give other people permission to do the same.”

“Everyone can rise above their circumstances and achieve success if they are dedicated to and passionate about what they do.”

“I have retired, but if there’s anything that would kill me it is to wake up in the morning not knowing what to do.”

“I was not a messiah, but an ordinary man who had become a leader because of extraordinary circumstances.”

“It is not where you start but how high you aim that matters for success.”

“It is what we make out of what we have, not what we are given, that separates one person from another.”

“Live life as though nobody is watching, and express yourself as though everyone is listening.”

“There is no passion to be found playing small – in settling for a life that is less than the one you are capable of living.”

“There is nothing like returning to a place that remains unchanged to find the ways in which you yourself have altered.”

“We ask ourselves, who am I to be brilliant, gorgeous, handsome, talented and fabulous? Actually, who are you not to be?”

“Your playing small does not serve the world. Who are you not to be great?”

“As I have said, the first thing is to be honest with yourself. You can never have an impact on society if you have not changed yourself… Great peacemakers are all people of integrity, of honesty, but humility.”

“I stand here before you not as a prophet, but as a humble servant of you, the people.”

“There is a universal respect and even admiration for those who are humble and simple by nature, and who have absolute confidence in all human beings irrespective of their social status.”

“A good leader can engage in a debate frankly and thoroughly, knowing that at the end he and the other side must be closer, and thus emerge stronger. You don’t have that idea when you are arrogant, superficial, and uninformed.”

“Appearances matter — and remember to smile.”

“It is better to lead from behind and to put others in front, especially when you celebrate victory when nice things occur. You take the front line when there is danger. Then people will appreciate your leadership.”

“It is wise to persuade people to do things and make them think it was their own idea.”

“Lead from the back — and let others believe they are in front.”

“One of the things I learned when I was negotiating was that until I changed myself, I could not change others.”

“Real leaders must be ready to sacrifice all for the freedom of their people.”

“Success in politics demands that you must take your people into confidence about your views and state them very clearly, very politely, very calmly, but nevertheless, state them openly.”

“There are times when a leader must move out ahead of the flock, go off in a new direction, confident that he is leading his people the right way.”

“Unlike some politicians, I can admit to a mistake.”

A New Approach for New Year’s Resolutions
Next Post:Interview with CEO and Author Patricia McLagan on The Shadow Side of Power