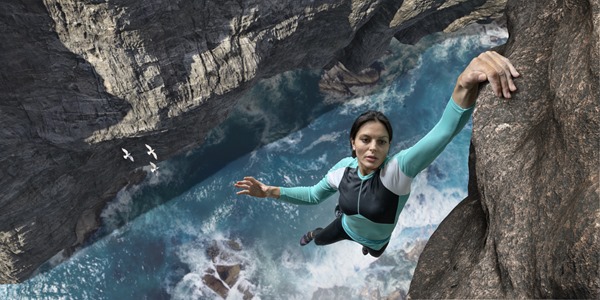 Editor’s Note:  This is a guest post by Alex Lickerman, M.D..  Dr. Lickerman is author of the book, The Undefeated Mind: On the Science of Constructing an Indestructible Self.

His mission is simple: to help people get healthier.

I’ve read Dr. Lickerman’s book and it’s outstanding on multiple levels.  It’s a timeless book that helps you stand back up when you fall down, find authentic happiness from the inside out, and follow your path for life.

This post is a very special one in that Dr. Lickerman shares his personal transformation and the power of resilience.  I asked Dr. Lickerman to connect this to writing his book so that if there are aspiring writers around the world, they might find some hope in his words and his story.

As long as I can remember, when things haven’t gone my way, my first impulse has often been to give up.

My ability to retain an optimistic attitude has always depended more on good circumstances than on any confidence in my ability to win.

If I could see a path forward, I would feel confident, but when obstacles would arise that I didn’t know how to overcome, I would often presume they couldn’t be overcome at all and just as often quit trying as I would continue to fight.

My Greatest Dream – To Be a Writer

My greatest dream in life had always been to become a published writer, but I lacked any real belief that I’d be able surmount the obstacles that stood in my way–namely, writing a book that was good enough to be published, finding an agent who wanted to represent it, and interesting a publisher who wanted to publish it.

Finally, though, in 2009, prodded by my favorite Buddhist saying, “A sword is useless in the hands of a coward,” I found the courage to take concrete action toward my goal.

I began writing a blog titled “Happiness in this World,” thinking I had valuable insights to share with readers based on my two decades of both Buddhist and medical practice, and that simultaneously I could build an audience that might be interested in the books I planned one day to write.

Three months later, to my great surprise and delight, an editor from one of the big five publishers stumbled across my blog and reached out to solicit a non-fiction book proposal from me.

Thrilled, I chose a topic near and dear to my heart–one that centered around a core tenet of Nichiren Buddhism, that happiness comes from the strength and wisdom to overcome obstacles–wrote up a book proposal, and sent it out to her.

A month later, however, she turned my proposal down.

Though she said she’d liked it, a number of her colleagues hadn’t, so she felt she had little chance of convincing her publisher to buy it.

Though discouraged, twenty years of Buddhist practice had taught me that my resolve was the key to victory, so I refused to give up. I became determined to find the best possible publisher for my book and took action to make that determination a reality: I spent the next week sending fifty or so query letters to agents I thought would be interested in my proposal.

Within a few days I received several interested replies. One was from an agent who seemed particularly excited by the book’s subject matter and who asked to see the full proposal, which I sent her immediately. Two days later, she wrote me back to tell me she wanted to represent it.

To her surprise and my disappointment, however, none of the publishers to whom she subsequently sent the proposal was interested. So she sent it out to another batch. Feeling even more discouraged, I decided it was time to change my determination. I stopped focusing on finding the best publisher possible for my book, thinking that even that determination required me to depend on others for my success. Instead, I resolved that even if no publisher wanted to publish my book at all, I would find a way to get my book to readers. I would take full responsibility for achieving my goal.

Within a few days, then, I received a call from my agent with wonderful news: not one but two publishing houses were interested in publishing my book.

After talking with editors from both houses, I chose to sign with the publisher that seemed the most enthralled with the Nichiren Buddhist ideas around which my book proposal was organized, as well as with the science that I proposed to show supported the validity of those ideas. So the contract was signed, a deadline for delivery set, and I began writing.

Almost immediately, however, I was besieged by even more obstacles. My young son’s second nap disappeared and his bedtime lengthened, effectively removing three hours out of every day that I’d planned to use to write.

Then the temporary executive administrator with whom I worked announced she wouldn’t be taking the permanent position and the operations manager of one of the clinics that I headed retired, effectively leaving me three jobs to do instead of one.

Then my father became ill and had to be institutionalized.

As a result of all these obstacles, the speed of my writing declined dramatically. Though I had a year to finish the book, at the halfway point I found myself only one third of the way through.

My determination now was to make what I’d come to consider to be impossible possible: to actually complete the manuscript on time.

At that point, I really didn’t believe I could. Nevertheless, I resolved every morning to overcome my negativity and take the action required to win.

Due to my determination to take consistent action, I was able to turn in the completed manuscript to my publisher on June 1, 2012, the very day it was due.

Feel the Discouragement and Carry On Anyway

The real victory, however, lay in the personal growth the experience put me through, for in the process of resolving to complete a book about how to resist discouragement and fight through obstacles to achieve victory, I had an epiphany about how to do just that: the key to accomplishing our dreams, I realized, isn’t figuring out how to avoid discouragement.

The key is mustering the determination to carry on no matter how discouraged we become.

As a result, I can now report that my first book The Undefeated Mind: On the Science of Constructing an Indestructible Self will be published on November 6, 2012. In the end, I was able to accomplish my dream because as a result of encountering and overcoming all the obstacles that threatened to prevent me, I came to understand with my life the true meaning of these three words: never be defeated.

Alex Lickerman is a physician, former assistant professor of medicine and director of primary care, and current assistant vice president for Student Health and Counseling Services at the University of Chicago.  He’s also been a practicing Buddhist since 1989.

Dare to Be Different
How Boldness Has Genius, Magic, and Power In It
The Best Quotes on Confidence of All Time
The Man in the Arena
The One Who Gives Their All

The Undefeated Mind Book Summary
Next Post:Self-Transformation – The Most Powerful Way to Get Unstuck