How To Overcome Resistance with Entanglement Strategies 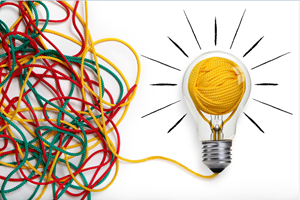 “It is easier to resist at the beginning than at the end.” ? Leonardo da Vinci

How do you overcome resistance to change in your organization?

You can move people in a series of small steps.

Incremental buy-in over time can often be more effective than trying to change too much at once, particularly if you face a lot of resistance.

In The First 90 Days: Critical Success Strategies for New Leaders at All Levels, Michael Watkins writes about using entanglement strategies to overcome resistance to change in your organization.

Create a set of push and pull forces to help drive the behavior you want.

You figure out how people perceive their choices, and then you craft a mix of push and pull forces that alter those perceptions. Voila, you get the behavior you want.”

Entanglement strategies are effectively a slippery slope of small commitments that lead to a larger end in mind.

“But what if moving people from where they are (comfortable with the status quo) is either impossible to achieve all at once or just too expensive for you? What do you do then?

You could adopt entanglement strategies that move people from A to B in a series of small steps rather than a single leap.

To return to the example of including a group to do something embarrassing, I could start by asking them to stand up. Then I could ask them to stand on one foot, and so on.”

Leverage Small Commitments Into Larger Ones

One of the most effective ways to make change happen is to get buy-in for small commitments along the way.

“One approach is to leverage small commitments into larger ones. If you are trying to launch a new initiative, begin by getting people to agree to participate in an initial organizing meeting.

Then get them to commit to a subsequent meeting, then to doing a small piece of analysis, and so on.

Entanglement works because each step creates a new psychological reference point for deciding whether to take the next small step. When possible, try to make each step irreversible, like a door that locks once it has been passed through.

Use a Multistage Approach to Problem Solving

Involve people in the process of understanding the problem, get a shared view of the problem, identify multiple courses of action, and agree to criteria for the solution.

“A related technique to overcome resistance to change is a multistage approach to problem solving. Start by getting people to take part in some shared data collection, for example, on how the organization is performing relative to competition.

Oversee the process carefully to be sure that they take a hard look at performance using external comparisons.

The key at this stage is to get them to recognize that there is a problem or problems that must be dealt with.

When the task is done, shift the focus to gaining a shared definition of “the problem.” What exactly is the problem? Push them hard to engage in root cause analysis, using process analysis tools if helpful. Then get them to work jointly on criteria for evaluating alternative courses of action. What would a ‘good’ solution look like? How should we measure success?

Finally, use the resulting criteria to evaluate the alternatives. How do the various alternative approaches stack up? By the alternative-evaluation stage of this process, many people will accept outcomes they would have rejected at the outset.”

“Another entanglement strategy is to use behavior change to drive attitude change. This may sound backwards, but the attitude/behavior-change equation runs both ways. It is possible to alter people’s attitudes (with a compelling argument or evocative vision) and thus to change their behavior.

But attitude change, and its close organizational cousin cultural change, is difficult to achieve and sustain.

It turns out, interestingly enough, that if you can change people’s behavior in desired ways, their attitudes will shift to support the new behavior.

This occurs because people feel a strong need to preserve consistency between their behaviors and their beliefs. The implication for persuasion is clear: it often makes sense to focus first on getting people to act in new ways, such as by changing measurement and incentive systems, rather than trying to change their attitudes. If you get them taking the right actions, the right attitudes will follow.”

Testing for Expert Judgment
Next Post: Assessing Your Existing Team