Persuasion is the Most Important Skill You Can Develop 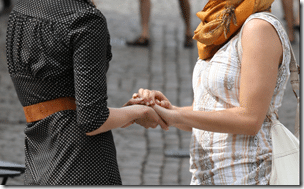 Do people buy into your ideas?   Can you convince the people around you that the world can be a better place?   Are you able to get the support and resources you need to be successful?

Are you able to communicate to the world what you have to offer?

Persuasion is the ability to influence.

On the flip side, with strong influence skills, you can achieve amazing results with nothing more than the clothes on your back.

In the book, Unlimited Power:  The New Science of Personal Achievement, Tony Robbins shares his perspective on why persuasion is the most important skill you can develop.

The People in Power are the Persuaders

You can be the persuader or the one who is persuaded.  Tony Robbins writes:

“In a world full of persuaders, you can be one, too, or you can be someone who gets persuaded.  You can direct your life or be directed.  This book has really been about persuasion.  It’s show you how to develop the personal power that can put you in control so you can do the persuading, whether as a role model for your kids or as a powerful force at work.  The people in power are the persuaders.  The people without power simply act on the images and commands that are directed their way.”

Persuasion is the Ultimate Skill for Creating Change

If you can communicate what you have to offer, you can create great change.  Tony Robbins writes:

“Power today is the ability to communicate and the ability to persuade.  If you’re a persuader with no legs, you’ll persuade someone to carry you.  If you have no money, you’ll persuade someone to lend you some.  Persuasion may be the ultimate skill for creating change.  After all, if you’re a persuader who’s alone in the world and doesn’t want to be, you’ll find a friend or a lover.  If you’re a persuader with a good product to sell, you’ll find someone who’ll buy it.  You can have an idea or a product that can change the world, but without the power to persuade, you have nothing.  Communicating what you have to offer is what life is all about.  It’s the most important skill you can develop.”

An Experiment in Persuasion: Nothing But the Clothes On Your Back

At one of his seminars, Tony Robbins devised a challenge where his students needed to find a way to get to a specific destination, safe and sound, with nothing more than the clothes on their back.  Tony Robbins writes:

“So here’s what I did.  I got everyone in the course together at eleven-thirty at night and told them to give me their keys, their cash, their credit cards, their wallets – everything but the clothes on their backs.  I told them I wanted to prove that to succeed they didn’t need anything their their own personal power and persuasive abilities.  I said they have the skills to find and fill people’s needs, and they didn’t need money, status, a vehicle, or anything else the culture teaches us we need to make our lives the way we want them. … The first challenge was to find a way to get to Phoenix, about an hour away by car.  I told them to take excellent care of themselves, to use their skill to arrive healthfully in Phoenix, find a nice place to stay, eat well, and use their persuasion skills in any other ways that seemed effective and empowering, both for themselves and for others.”

The Results were Amazing

They were surprised by what they were capable of, and Tony, too.  Tony Robbins writes:

“The results were amazing.  Many of them were able to get bank loans of from $100 to $500 simply on the force of their personal power and congruence.  Remember, they had no identification whatsoever, and they were in a city they’d never been in before.  One woman went to a large department store and without any identification at all, got credit cards she used on the spot.  Of the 120 people who went out, about 80 percent were able to get a job, and 7 people got three or more jobs in that one day. “

You Need Nothing More than Your Own Resourceful Behaviors and Skills

It’s easy to fall into the trap of thinking you need more than what you’ve already got to achieve outstanding results.   Tony Robbins writes:

“That day, a number of resourceful individuals cleared up people’s phobias and other assorted emotional problems.  The point of this exercise was to show these people that they needed nothing more than their own resourceful behaviors and skills to find their way around – without all the usual support systems (such as transportation, money, reputation, contracts, credit, and so on) – and the majority of them had one of the most powerful and enjoyable days of their lives.  They all made great friends and helped hundreds of people.”

Are you practicing your personal power?   Who are you helping?  Are you sharing your gifts with the world?

Influencer – The Power to Change Anything

The 10 Best Ways to Persuade

Tony Robbins on Leadership for a Better World

How Leadership is About Positive Trend Creation for a Better World
Next Post:The Gift of Adversity Book Summary