Presence is Something You Can Learn 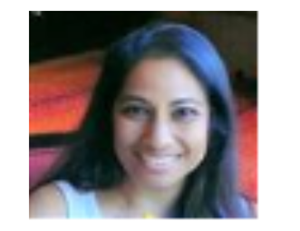 Editor’s Note: This is a guest post by Bandita Joarder, a Sr. Business Strategy Consultant at Microsoft, on learning the power of presence.

If you know Bandita, you already know she’s amazing.  Wherever she goes, she has a way of showing up with power, presence, and warmth.

If you don’t know Bandita, let me tell you a little more.

Bandita is in the business of business change.   She is a thought leader and a seasoned practitioner in digital business transformation.

Bandita helps business leaders and businesses adopt technology to help grow their business, and get better, faster, cheaper .  She is also an expert in adoption and change, and knows how to drive workforce transformation in the real-world for companies of all shapes and sizes.

But this is not the story of Bandita’s amazing career as a female in the technology space.

This is a more personal story about how Bandita learned the art and science of presence, and how the ability to show up in a powerful, positive, and fully-engaged way, changed her life forever.

One day, I was demoted.  Actually, it was presented to me as a ‘role correction.’  The startup company (where I worked countless hours) was trying to better define those individuals who were aspiring to become a Project Manager, and realized that the Associate Project Manager role was too broad in both seniority and skill set.  So they created a new role, which was Associate Project Manager Candidate.  I was now a Candidate, and while there was much debate about me given my skills, experience and contribution, it boiled down to the fact that I just didn’t command presence.

I cried.  I mean, really sobbed.  What does ‘presence’ mean?  How do you show it?  I was 24 – I had no idea how to grow myself on such an intangible skill!  What is the path to become someone with presence?  No one could give me an answer.

Presence Was Not a Part of My World

Looking back, I realized that there was a reason why presence wasn’t even in my vocabulary.  I am female.  I am short.  I am Asian.  These are three things that have culturally communicated to me that I, in fact, should strive to NOT have presence.  I didn’t know this when I began my career, but am able to parse it out now:

I Thought Good Work Would Speak for Itself

What this all added up to…was that I was pretty much bred to not show presence.  To give my opinion only when asked, and just do my job otherwise.  When I graduated from MIT, I thought that this knowledge would serve me well as I launched into the working world, since I could demonstrate good work and results respectably.

Soon after the correction (which was then re-corrected back to APM), I was moved to London to help start a new office for the company.  My first engagement was being the worldwide Y2K Program Manager for a large investment banker.  I sat at my desk, created my plans, answered the questions my client boss asked, and provided status when requested.

A month later, the customer asked to meet with the sales rep and VP to boot me out of the position.  I was mortified.  Geez, how could someone who did so well at school and volunteer work and honor societies be struggling so much in the real world?  Again, it came to lack of presence.  Ugh, that word!

One of the directors at my company took me on to help turn this around.  Although she was working full time on a crazy project miles outside of London, she would make time to meet with me either at 7am before she caught her train or 8pm after she returned.  She calmly coached me on minute detail.  Some things I recall are:

I worked at it – I did everything.  I had a weekly global status meeting on Y2K at the client site and TOOK OVER leading it, instead of my client boss.  And TOLD people when things needed to get done, not asked meekly if it were possible.  And the clients started listening to me more, I stayed on the project for almost a year, and was given a positive review.  This helped me land my next position which was to lead an entire project team for a $2M project, and the director who helped me said ‘Look at you now – you walk around with presence.  People are drawn to you, and younger women want to be like you!’  I couldn’t believe, it, but I did it.

I still can’t believe it when someone says I have great presence, given I had none when I started out.  I just wanted to share that something so intangible can definitely be learned and attained…and kept.  Hope this helps.

Sarah Mocke on Do What Scares the Stuff Out of You!

Getting Ahead: 3 Steps to Take Your Career to the Next Level (Book Review)

The Leader’s Guide to Speaking with Presence (Book Review)

The Value Creation Habit: Give Your Best Where You Have Your Best to Give
Next Post:Are You Stuck on Being Right?