Develop a Psychology of Resilience in Yourself 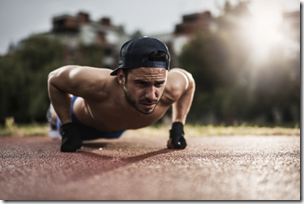 “If you have built castles in the air, your work need not be lost; that is where they should be. Now put foundations under them.” — Henry David Thoreau

Pessimists are more accurate and realistic than optimists.  But optimists succeed 4 to 5 times more than pessimists, because they keep trying.

Optimism is a better choice.

In a seminar on Financial Freedom: 3 Steps to Creating and Enjoying the Wealth You Deserve, Tony Robbins shares key insights on the power of emotional and psychological strength.

Your Psychological Strength Will Carry You

Mechanics will only get you so far.  If you don’t have the emotional or psychological strength to stick with it, you might get bored or give up.

Now that’s not enough by itself.  You can have this great sense of abundance and do the wrong mechanics and be a disaster.

But if I had an area to get you started with, you want to have the emotion and psychological strength because that’s going to carry you through when the mechanics are boring or frustrating or when things aren’t working out, your emotion, your psychology is what will carry you.  It will get you to keep doing it.”

Pessimists are Much More Realistic than Optimists

Pessimists are really accurate, where optimists are not.  But is that a good thing?  It would be if it didn’t hold them back.

“Everyone knows that if you’ve done these studies, Dr. Seligman, is very famous for doing studies on optimism.  And in those studies, do you know what he found out?  People that are pessimists are much more realistic, they are much more accurate.  If you give them a test and you ask them to look at something and give you a size measurement of it, or to evaluate their own success or failure at a task, in every study that Seligman’s done, he did it in the University of Pennsylvania, what he found was that optimists always see themself as doing better than they really did.  They basically BS themselves.”

Optimism is a Better Choice

If you want accuracy, check with a pessimist.  If you want results, find an optimist.  The optimist will keep going and will get over the humps and hurdles that will hold the pessimists back.

“What happens to the pessimists?

They are ten times more accurate.  But here’s what he found out. What he found out is, because the people who are accurate, never push themselves because they know it’s never going to work anyway, whereas the optimist sees it better than it is, so they keep doing it, because they have the illusion they did well, well I’ll do even better next time. And because of that optimism they did it more often, and so optimists succeed at a four to five-fold, depending upon the task, result ultimately beyond anything that a pessimist will do and they’re not as accurate.”

You Are Larger Than Anything That Can Happen to You

You don’t have to pretend to be an optimist.  You can keep it real.  The key is to rise above whatever challenge comes your way, by building an internal resilience that helps you stand strong when you need it.

“All that’s a big way of saying is, if you can develop a psychology of resilience in yourself, you don’t have to be optimistic or fake, you can be real,  the realness is whatever shows up, you are larger than anything that can happen to you.  You are larger than any financial challenge you can ever face.”

The Secret of Confident People

Wrap Your Day Around Your Mission
Next Post:Tony Robbins on Wealth Mastery