Satisficing to Get Things Done 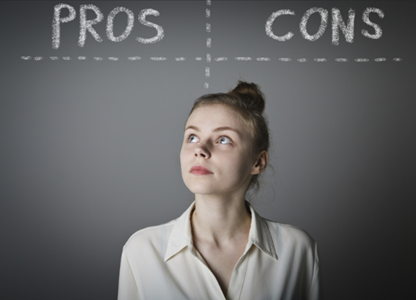 “It is in your moments of decision that your destiny is shaped.” — Tony Robbins

It’s about finding a good enough fit for the current situation.

In Sources of Power: How People Make Decisions, Gary Klein writes about satisficing.  The key here is that satisficing means figuring out what a satisfactory outcome would be and then finding ways to achieve it.

Klein goes on to point out that this is how experienced fire ground commanders can quickly make effective decisions under extreme time pressure.

Rather than explore all possible options and evaluate their trade-offs, they quickly run a mental simulation in their mind. If they find the option won’t work, they move on to the next.

The difference between singular and comparative evaluation is linked to the research of Herbert Simon, who won a Nobel Prize for economics. Simon (1957) identified a decision strategy he calls satisficing: Selecting the first option that works.

Satisficing is different from optimizing, which means trying to come up with the best strategy. Optimizing is hard and it takes a long time. Satisficing is more efficient.

The singular evaluation strategy is based on satisficing. Simon used the concept of satisficing to describe the decision behavior of businesspeople.

Are Satisficers happier than Maximizers with their desired outcomes?

Via Wikipedia on Satisficing:

“Some research has suggested that satisficing/maximizing and other decision-making strategies, like personality traits, have a strong genetic component and endure over time.

This genetic influence on decision-making behaviors has been found through classical twin studies, in which decision-making tendencies are self-reported by pairs of twins and then compared between monozygotic and dizygotic twins. This implies that people can be categorized into ‘maximizers’ and ‘satisficers’, with some people landing in between.

While satisificing won’t work for every scenario, it might work a lot more often than you think, depending on what you are optimizing for.

Previous Post:The Ultimate Fear is the Fear of Who You Are
Next Post:How Experts Make Decisions