How New Leaders Sequence Their Influence to Build Momentum 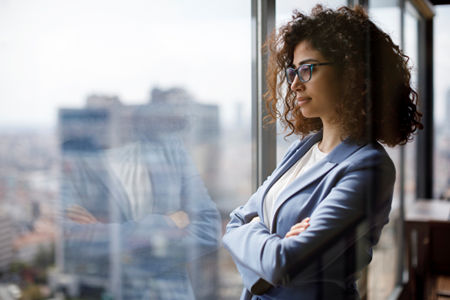 “Think twice before you speak, because your words and influence will plant the seed of either success or failure in the mind of another.” — Napoleon Hill

Who you influence and in what sequence matters.

People are heavily influenced by their social networks.

This can work for or against you.

The key is to get the right people on your side.

If you’re doing a project proposal or pitching an idea, who you pitch it to and in what sequence matters.

You can either stack the deck in your favor and build momentum, or you can fight an uphill battle.

In The First 90 Days: Proven Strategies for Getting Up to Speed Faster and Smarter, Michael Watkins writes about sequencing to build momentum.

Depending on how you influence the network, it can work for you or against you.

“As we have seen, people consistently look to others in their social networks for clues about ‘right thinking,’ and defer others with expertise or status on particular sets of issues.

The resulting influence networks can be a formidable barrier to your efforts or a valuable asset, or both.”

Watkins provides an example of social influence showing how a group is persuaded.

“Let us return once more to the example of asking a group of people to do something embarrassing. Suppose that, in response to my request, a respected member of the group said, ‘No way, I’m doing that. It is disrespectful and foolish.’

Almost certainly no one else in the group would do what I had asked.

But suppose the same person jumped up, grabbed someone else and said, ‘Let’s do it! It’ll be fun!’

The odds are that everyone else would eventually follow suit. In fact, the last to rise, would feel social pressure to do so: ‘What’s the matter with you?’

Now suppose I did an analysis of the group before this exercise and identified the most respected person. Suppose I met with that person before the exercise and enlisted his or her aid as a confederate to make some important points about group dynamics and social influence. The odds are good that this person would agree to do so – and that others would follow.”

Gain respected allies early on.   This helps tip the Dominos.

“The fundamental insight is that you can leverage knowledge of influence networks into disproportionate influence on a group with what my colleague Jim Sebenius termed a sequencing strategy.

The order in which you approach potential allies and convincables will have a decisive impact on your coalition-building efforts.

Once you gain a respected ally, you will typically find it easier to recruit others. As you recruit more allies, your resource base grows. With broader support, the likelihood increases that your agenda will succeed. That optimistic outlook makes it easier to recruit still more supporters.

If you approach the right people first, you can set in motion a virtuous cycle. Therefore you need to decide carefully who you wil approach first, and how you will do it.”

Who to Focus On

I have several large-scale projects under my belt so I can say with confidence that sequence matters. Here are my key take aways:

A little support can go a long way for building momentum and helping you over the humps.

10 Types of Difficult People
Next Post:How To Use Structured Reflection to Improve Your Performance