Start Your New Year in February 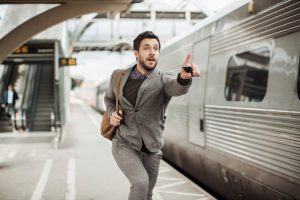 “Life belongs to the living, and he who lives must be prepared for changes.” — Johann Wolfgang von Goethe

I always found January a hard reset after December holidays.   Some years I started off great.

But other years, it felt like I missed my chance to start the New Year off right.

One year, one of my managers shared what he learned about “missing the train” (a metaphor for missing an opportunity).

He said, it’s only a problem if you focus on the train you missed.  Instead, just focus on catching the next train.

Based on that, I decided to make February my real fresh start for the New Year.

February is the New January

The main idea is to use January to recover from the holidays, prep for February and make February your focus for getting down to business.

What a great way to start the New Year off better.

While I’ve only used it for about 15+ years at Microsoft, I can say that it has completely changed my philosophy and reduced my stress, while helping me execute better, in a more prepared way.

I’ve shared the approach with many others inside and outside of Microsoft and they’ve really appreciated the mindset shift, and for some people it has been a real gamechanger.

What I’ve learned is that some years, I do get enough down time to really prep for January and start off right.

But if I don’t, instead of just churning, I hit reset and I start my new year in February, and use January to prep for Feb.

Use February as Your Real Starting Point for the New Year

So, if you didn’t get the start you wanted in January, then don’t sweat it.

Instead, get ready to make things happen in February.

Use January as your time to plan things out, decompress from the holidays, and get clear on what you want out of the year.

I like this idea on multiple levels.   For one thing, it’s a forward-looking mental model.  Instead of trying to play catch up or worry about how you missed your great start in January, plan your great start for February.

Start Your New Year on Top of Things, Instead of Behind

Rather than feel behind on things, you can feel on top of things.

It’s along the lines of, “If you miss the train, catch the next one.”, or, “I’m not late for today, I’m early for tomorrow.”

It’s this forward-looking view on life that helps you rise above the noise and take advantage of windows of opportunity.

Why Starting Your New Year in February Works So Well

There are a lot of reasons why starting your year in February works so well, but I’ll focus on just a few.

The holidays can be stressful.  Instead of rest and relaxation, by the time the holidays are done, many people are worn out.

So, using January as a recovery month and to catch up on missed down time, can be a life saver.

But the biggest thing I found is that people like to do major transformations at the start of the year, myself included.

And one of the best ways to fail at transformation is to fail to prepare for it.

For example, if you’re going to try a new diet or eating regime, but you didn’t actually stock your new food, good luck with that.

Or if you’re planning on a new workout, but you haven’t even done a dry run or walkthrough of it, good luck with that.

You can use January to really explore and prepare better so that you can execute and exploit your plans in February.

January is Still a Great Time to Transform Yourself

Think of February as a great option, if you didn’t set yourself up for success in January.

But also know that there is a lot of reason for January to be a great time to hit refresh and transform yourself.

As you turn the page to a new year, you can think of it as writing a new chapter in your book of life, or even a new book.

You also have the social support of many others around the world making their big changes.

There are a lot of naysayers and haters of New Year’s resolutions, but if you look to the science, you will also see a lot of success.

Why People Fail at the New Year + How to Succeed

In my experience, I’ve seen a lot of people fail at their New Year’s resolutions and goals based on 3 primary things:

30 Days Sprints to Make Each New Month a Fresh Start

To make the most of my months, I use 30 Day Sprints, a practice from Agile Results.  I pick a theme for the month, and I do a little something each day towards the goal.  It’s a simple way to keep taking action, a day at a time, and achieve big things.

If you’re looking for a way to make this year different, consider 30 Days of Getting Results.   It’s a timeless collection of little lessons you can use to get a fresh start and bring out your best.

Great Quotes by Buddha for Peace and Happiness
Next Post:How to Read Poetry to Expand Your Heart