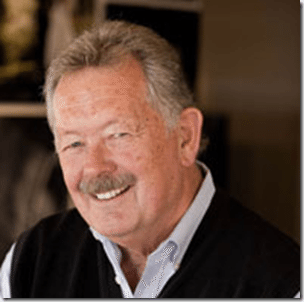 Editor’s note: This is a guest post from Jay Elliot, former Sr. Vice President of Apple.

Jay’s new book, The Steve Jobs Way: iLeadership for a New Generation, is an insider’s guide on “how to be like Steve”.

In his book, co-written with William L. Simon, Jay shares what he learned about leadership, building great teams, and building great products from working side-by-side with Steve Jobs.

I asked Jay to share with us some of the best insights he got from working with Steve Jobs.  I’m a fan of learning from anyone and everyone, and who better to learn from about leadership than the guy who wrote the book on new generation leadership principles. Without further ado, here’s Jay …

Steve Jobs and His Apple Have Been Extraordinarily Successful (Again)

The launch and hysteria over the iPad2 has triggered an avalanche of articles on how Steve Jobs and his Apple have been extraordinarily successful, again. As someone who has been close to Steve, especially during the trying period of developing the Macintosh, I had a front-row seat for observing the inception of his “secret sauce” of product development and leadership.

One of the keys—as you already know if you’ve ever read anything about him beyond the medical reports—is his passion, his obsession, for the product. For Steve, “good enough” is never good enough. His depth of knowledge about every product, down to the smallest detail, is breathtaking. His passion for design drives him to spend hours on issues of product materials, appearance, ease-of-use, and overall superiority that most leaders and product managers would probably consider irrational. He will drive his teams to consider dozens or even hundreds of different alternatives for everything from the color of the case to the placement of a label. When Steve says to the team, “I want one button”, he means one button!

Steve has always believed that what distinguishes a highly successful company from all the rest is a dedication to product perfection.

Another of the ways Apple stays ahead of its competitors is what’s come to be called “holistic product development.” In the Stevian approach, the phrase means that the hardware and the underlying technology—the software—are the handiwork of the same company. Look at the first-generation iPhone and the first-generation Droid: The iPhone was a work of art, beautiful to look at and to hold, yes, but far more important, it worked—the operation was almost completely intuitive, and right out of the box it operated the way it was intended to. Compare that to phones based on the Android operating system, with one company—Google—creating the software, while a flock of others developed the more-or-less compatible hardware. To Steve’s ways of thinking, that’s a recipe for disaster. Many people who bought an early Android phone learned the hard way why Steve’s approach is so much better.

It’s interesting to me that when analysts comment on the current iPhone/iPad market, they write about Apple products vs. Android. Sorry, but Android is a software, like Windows; it’s not a product. Also take a look at the revenue generation, iPhone is over 40% of the revenue generated in that market, as Android is free to the hardware manufacturers.

Please the People Who Buy the Products

Steve’s pride in his products explains why he came back from medical leave to introduce the iPad 2. And why he chose to do the introduction at a separate lunch meeting instead of at the stockholders meeting: not just because he is totally committed to his products, and rightfully proud of them, but because he is focused on pleasing the people who will buy the products, and not, like most corporate leaders, focused on pleasing his stockholders.

Highly Effective Organizations are the Key to Innovative Products

Steve and I used to talk about how the challenge of creating innovate products is puny in comparison to the challenge of creating and maintaining a highly effective organization. Today, few people would argue with his stunning success in achieving one of the world’s most effective organizations, and how he has done that is a subject I have recently enjoyed exploring at length.

Jay Elliot is the author, with William L. Simon, of The Steve Jobs Way: iLeadership for a New Generation.

Deepak Chopra on the Soul of Leadership
Next Post:Top Happiness Blogs