“The storyboard’s primary value is that it forces you to have a reason for, and a consistent approach to, everything you do.” — David Becker 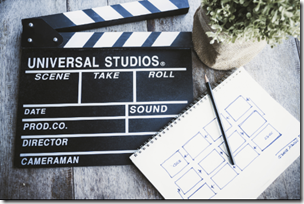 Storyboarding is a brainstorming technique where you stick pictures on a wall to frame out stories.

In the book, Thinkertoys: A Handbook of Creative-Thinking Techniques, Michael Michalko writes about how Walt Disney originally came up with the idea of storyboarding to see at a glance how far along a project was.

What Is a Storyboard?

A storyboard is a way to visually display and organize thoughts and ideas.

“Storyboarding can be likened to taking your thoughts and the thoughts of others and making them visible by spreading them on a wall as you work on your problems.”

The Story of Storyboarding

Walt Disney used storyboarding to quickly show and share progress on the walls of his studio.

“Walt Disney came up with the idea of having his artists pin their drawings on the walls of the studio in sequence so he could see at a glance how far along the project was. Each scene was then used as a point around which a complete story could be told. The story was told on a wall covered with a special kind of board, hence the term ‘storyboard.'”

How To Storyboard the Disney Way

I use storyboarding as a software development technique for framing out user experiences. I’ve used the technique effectively over the years, but didn’t know it was originated by Disney.

I think the key to the storyboards is that they help you get the big picture before spiraling down on the details. At the same time, storyboards are a useful backdrop to elaborate on a given area as needed.

The real beauty is that everybody can talk in pictures, so it can help get over communication barriers – what you see is what you get (WYSIWYG.)

4 Leadership Styles of the Situational Leadership Model
Next Post:How To Refuse the Sucker’s Choice