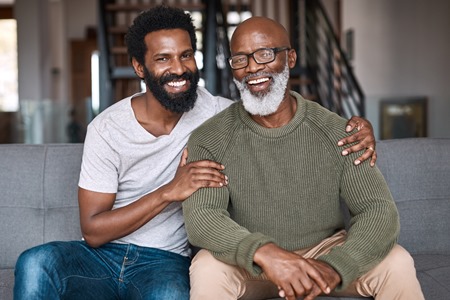 “Fitting in is a short-term strategy, standing out pays off in the long run.” — Seth Godin

You can use strategy to shape your business and your life.

Best of all strategy helps you carve out a deep and meaningful purpose.

In the book, The Strategist: Be the Leaders Your Business Needs, Cynthia A. Montgomery shares her thoughts and experiences on how strategy can be a way for a rich and rewarding life.

You Don’t Have to Be Steve Jobs

You don’t have to be Steve Jobs to change the world.  Especially, YOUR world.  In fact, you can start right from your own kitchen.

“Working with thousands of leaders, I’ve seen that you don’t have to be Steve Jobs to feel good about the contribution you’ve made, or the business you’ve helped to build.

In my classes, it’s not just the multibillion-dollar steel and world-class microfinance companies that bring satisfaction, but the candle company that began in a kitchen and grew to support not only the couple who started it, but more than one thousand others; the coffee roaster who stepped out of his family’s business to offer a new value proposition to a new set of customers; the medical supply company that’s grown with a family over three generations, each leader weathering his or her own shares of crises and the ongoing need to find new footing, a new reason to matter.”

To shape strategy, you have to go deep.

When you go deep, you find a greater satisfaction.   It’s more than that though.

As you go deep, and you learn how things really work, you build your ability and your belief to shape the future.

“Part of the gratification these leaders experience stems from grappling with one’s business issues at unexpected depth, and seeing them to a large context, such as an executive in a storage business who came to a much more sophisticated understanding of the impact of the powerful economic forces in his industry, or the owner of a financial services network who rebuilt his franchise from the ground up to serve a larger but less wealthy client group.

Whether refining a businesses’ purpose or direction, or how all of that is brought to life, leaders say they are grappling with their firm’s future at a more basic level than they had before.

When pressed, some refer to the transition from understanding the broad outlines of a leader’s role to a more grounded sense of what the position demands.

Others refer to a newfound belief in the possibility of shaping their firm’s future in a way that they had not previously considered.”

Strategy is a Set of Questions to Be Lived

Strategy is not a set of problems to be solved.

It’s a set of questions to be lived.  It’s the journey … trials, tribulations, triumphs, and all..

“A few individuals mention something else.

Before, they say, they thought about strategy as a set of problems to be solved–the way it is so often approach in both practice and in school.

Now, however, they’re thinking about strategy as a way of life for themselves as a leader, a set of questions to be lived.

Miquel Aguiluz, the founder of Ink for Less, talked about how he has internalized the process.

He wants his businesses to be distinct, not only when they’re founded, but over time.  ‘I just find ways and means to be different from the other guys.

When working a new idea all the way through a strategy, he sometimes finds himself at loggerheads with his operations executives, who are reluctant to switch gears or change a good thing.

But, he says, ‘an internally consistent strategy most of the time makes a winning company.’

Each of these leaders invested the best of themselves in their work.

They identified compelling purposes, built organizations to achieve them, and ultimately produced differences that really mattered.

In doing so, they gave meaning to their businesses and also to themselves.”

Did You Have the Experience, But Miss the Meaning?

Life’s not a race.

Don’t plow through it without purpose.

Don’t skip the part where you make your life meaningful.

A big part of our journey through life is learning how to live.

“How many people have you met who plow through life without a sense of purpose, who go through the motions, ape the ways of others, and get their rewards from keeping score?

They may be highly accomplished, but there’s little authentic about them.

Sartre captured it with his challenging assertion: ‘Everything has been figured out, expect how to live.’

The poet T.S. Eliot hand another angle: ‘We had the experience, but we missed the meaning.’”

What is Your Plan for Your One Wild and Precious Life?

Do you have a plan for your one wild and crazy life?

Maybe you can show it with pictures?

“In 2002, Tony Deifell, a photographer and graduating MBA, zeroed in on this question.

He asked some of his classmates to respond to a question in a poem by American author Mary Oliver:

‘Tell me, what is it you plan to do with your one wild and precious life?’

Their responses along with their photographs, became the basis for the Harvard Business School ‘Portrait Project,’ a tradition that has continued every year since.”

If you think strategy is over-rated, try living your life without a strategy, or try running a business without somebody playing the role of the strategist.

What if no one in your firm stepped up to the role?

No one weighed the options and chose what the business would be–why and to whom it would matter? what if no one built a system of advantage that enabled it to do something in particular, particularly well?

What if no one scanned the horizon with vigilant eyes, watched over the firm, kept it vibrant and moved it forward?”

A You Making a Difference?

Is your business or you life lackluster?

Living your strategy is a way to make everything you do matter, in a more meaningful way.

“I know these companies.

They’re all over the world.  They’re the lackluster businesses that seem to be waiting for something to happen.

They’re he down-on-their-heels ones, where people are working feverishly, but not making headway.

They’re the ones plodding forward, but never catching or creating a wave.

They’re the ones that don’t cohere, or that work against themselves, undermining in one part of the business what they’re doing in another part.

They’re not the kind of companies would be eager to work for, or, for that matter, to do business with.

They aren’t the companies making a difference.”

Would the World Be Different with You at the Helm?

When you embrace the role of the strategist, you shape your future with more intention.

“By contrast, most of the business leaders I have worked with come to embrace the role of the strategist and with enthusiasm.

They like the inspiration they feel about what they do and why that matters.

They like the feeling that the world with and without them at the helm would be different.”

Are You Adrift and Vulnerable, or Ready to Prevail?

As you answer the questions at the heart of strategy, and live them over time, they will help you prevail.

“As a leader, if you ignore or underestimate your crucial, ongoing role as a strategist, something essential in your business will be missing.

Answered well over a lifetime, the questions at the heart of strategy will help a company prevail.

Answered poorly, or not at all, they leave it adrift and vulnerable.”

The Challenges Make the Triumphs Rewarding

Stuff happens.   Even the best laid plans … you know how it goes.

While you can’t control the outcomes, you can shape the journey towards the outcomes, and that’s really what the role of the strategist is all about.

“Articulating and tending to a living strategy is a human endeavor in the deepest sense of the term.

Keeping all the parts of a company in balance while moving an enterprise forward is extraordinarily difficult.

Even when they have substantial talent and a deep appreciation for the job, some leaders ultimately don’t get it right.

Their legacies serve as sobering reminders of the complexities and responsibilities of stewardship.

On the other hand, it is exactly these challenges that make the triumphs so rewarding.”

Are you living the questions at the heart of strategy?

It won’t be easy, but it will be worth it.

Be a Fire Starter
Crafting Strategy
It Starts with Strategy
Strategy Defined
What Kind of Person Do You Want to Become?

Live on the Frontier of Your Life Experiences
Next Post:How Effective Leaders Get Their Team on Board