How To Stress-Proof Yourself 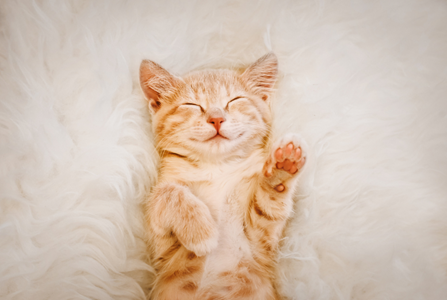 “It’s not stress that kills us, it is our reaction to it.” — Hans Selye

For some people, the stress of a roller-coaster ride is fun and exciting.  It makes them feel alive.  It’s exhilarating.

For others, that same roller-coaster ride is a nightmare.

It’s not what’s on your plate, it’s how you eat it, that determines what you get out of it.

Stress is a Part of Life

While you can’t make stress go away, you can change how you respond to it.  In effect, you can “stress-proof” yourself.

Stress is big deal in our lives.  We may pay the price ourselves, or have friends and family that do.  We could all use some insight to stress-proof ourselves and to help our friends, family, and colleagues do the same.

In the book, Magic in Practice: Introducing Medical NLP: The Art and Science of Language in Healing and Health, Garner Thomson with Dr. Khalid Khan show us areas we can work on to stress-proof ourselves.

There are certain qualities that enable some people to flourish in the face of challenge.

“Some people, however, undoubtedly have the ability to engage fully with the day-to-day challenges of work and life while somehow remaining impervious to stress and its effects.

Although this may be partly genetic, research indicates that the ability to flourish in the face of challenge is marked by certain qualities usually ignored in orthodox medicine.”

We Can Improve Our Ability to Respond to Stress

With the power of a few psychological modulators on our side, we can flourish in the face of stress.

“Hans Selye’s largely reductionist approach (that the stress response is purely physiological) has been substantially modified by the discovery that perception of stress can both trigger and regulate allostatic load.  Known as psychological modulators, these fall into five main categories: social support / connectedness, a sense of control, predictability, outlook (optimistic vs. pessimistic) and the ability to dissipate frustration.”

Connectedness and social support are more than a good idea.  They are key to your ability to handle and respond to stress effectively.

Your social network makes you strong.

“Researchers investigating strikingly low rates of myocardial infarction report in the 1940’s from the little Pennsylvanian town of Roseto, where they expected to find a fit, tobacco-and alcohol-free community enjoying all the benefits of clean-living.

When they arrived, they found as many smokers, drinkers and couch potatoes as the rest of the country, where heart disease was on the rise.  The difference between Roseto and other similar towns, the researchers discovered, was a particularly cohesive social structure.  Somehow, the closeness Rosetans enjoyed inoculated them against cardiac problems.

Predictably as the community became steadily more ‘Americanised’, the protection disappeared.  A 50-year longitudinal study, published in 1992, categorically established that social support and connectedness had provided a powerfully salutogenic (health promoting) effect on the heart.

Some of the established benefits of social support and connectedness include: extended lifespan (double that of people with low social ties); improved recovery from heart attack (three times better for those with high social ties); reduced progression from HIV to AIDS; and even protection from the common cold.”

2. A Sense of Control

Power is the ability to take action.  Just knowing that you have choices and feeling a sense of control over your situation can significantly reduce the impact of stress on your health.

“Feeling you are in control of your work and personal life is one of the best predictors of a long and healthy life.  Conversely, feeling victimized by unpredictable forces outside of your control can be a killer.

One large-scale study has revealed that people who feel they have little or no control over their lives have a 30% increased likelihood of dying prematurely than those who score highest in tests measuring a sense of power and control.  Whether we look at rats or humans, the effect is the same.  Where predictability and control are low, and environmental or occupational stress is high, the risk of cardiovascular and metabolic disease soars.

Happily for our survival in a stressful world, the converse is true.  Not only can health improve as control is restored, but even knowing we have choices can significantly offset the effects of major life-challenges, reduce our experience of pain and need for medication, and measurably increase longevity, even later in life.”

While some people embrace randomness and surprise, other people need a sense of stability, consistency, and predictability.

If you need more predictability in your life, as the world changes under your feet, practice your anticipation skills.

“Our ability to predict events, such as pain and stressful situations, helps arm us against their effects.

Habituation — the regularity with which stressful events occur — also helps us cope.  Studies of urban populations in Britain who faced regular nightly air raids during World War 2 showed a greater level of resilience to stress diseases than their counterparts in suburbs, where bombing was substantially more erratic.

Once again, perception is the key to how we respond.  If our world-view is one of being at the mercy of random events — most of which are negative — allostatic load is inevitable.  If we enjoy surprises (and there are many who do), the emotional response to the resultant surge in stress chemicals and endorphins is likely to be interpreted as excitement.

It must be emphasized that predictability, like control, can have its downside.  Just as a misplaced sense of control over issues that are beyond our influence can be counter-productive, so can too much predictability.

Hope doesn’t always float.  Sometimes it sinks.  Rather than depend on hope, you can take a positive outlook and focus on improvement.

Improving your situation, even just by a little bit, can make a big difference in your ability to handle stress more effectively.

“Blind ‘hope’, as advocated by many self-help books, may have little impact on disease outcomes, and exhorting someone to remain hopeful in difficult circumstances can prove taxing and lead to depression and self-blame.  However, realism, coupled with anticipation of improvement, however small, can moderate the stress chemicals than an otherwise serious or critical situation can trigger.

A landmark study, referred to by Robert Sapolsky in his highly readable book on stress and coping, Why Zebras Don’t Get Ulcers, demonstrated that parents whose children had been diagnosed with cancer showed only a moderate rise in their glucocorticoid levels when told there was a 25% risk of death.

The reason for this, the study concluded, was that odds of 75% of survival were perceived miraculously high.  As Sapolsky observes, it is not so much the ‘reality’ of the situation that affects our response, but the meaning we ascribe to it.”

“The way we evaluate past, and anticipate future, events can influence many aspects of our experience, including our health and well-being.  Large-scale and longitudinal studies, such as those carried out at Harvard University and Harvard School of Public Health, have demonstrated that explanatory styles–whether we apply an optimistic or a pessimistic span to the meaning of our experience– are strong indicators of our future health status.

We are greatly inspired by the experience of Austrian psychiatrist Viktor Frankl, who was arrested by the Nazis in 1942 and deported with his family to Theresienstadt, a notorious concentration camp set up by the Germans near Prague.  During the following three years, incarcerated in the death camps of Auschwitz, Dachau and Turkheim, Frankl lost his parents, his brother, and his wife, Tilly.  Frankl himself survived, despite nearly succumbing to typhoid fever during the last months of the war.

His seminal work, Man’s Search for Meaning, recounts both his experiences and conclusions.  Frankl spent his time at the very edge of annihilation observing his fellow prisoners, searching out the distinctions between those who survived and those who succumbed without struggle.  His observations suggested that those who looked for and found a sense of meaning in their lives — in other words, who believed they still had a mission to be fulfilled — and were free to choose their responses to whatever happened to them, were best equipped to transcend their circumstances and flourish, no matter how terrible those circumstances might be.”

Find an activity that you really enjoy.  If you couple that with an activity that gives you a sense of power and control over your body and your mind, while you build up your strength, you are really stacking the deck in your favor.

“We draw a distinction between dissipation and displacement (yelling, crying, punching a wall, etc.), none of which has been shown effectively to reduce chronic allosteric load, and may even worsen it.

Displacement is usually counterproductive — physically, psychologically, and socially.  Dissipation, on the other hand, may be incorporated into an ongoing programme, designed  to counter-balance, or even down regulate, the fight-or-flight response.  Some examples may be: regular exercise, especially light aerobic workouts, yoga, martial arts and meditation.  However, when making a lifestyle change to facilitate allostasis by dissipation, it is important to select an activity you find satisfying.  The positive effects are directly related to perceiving your programme as enjoyable.  If it is not, find something else.”

Audit Your Life-Balance (Questions to Check Your Stress-Proof Ability)

According to Garner Thomson with Dr. Khalid Khan, we can audit our Life-Balance by asking ourselves a simple set of questions that test our resilience to stress:

Use each question as a challenge to explore what you can change and improve.

I think it’s pretty exciting to know that there are categories of stress resistance that we can work on and improve that have a direct impact on our ability to deal with stress for life.

It’s how you respond.

Are you ready for it?

Eat stress for breakfast.  When stress shows up, show it who’s the boss.

I want your stress-proof-you to be able to say, “Bring it!”

3 Pillars for Building Self-Efficacy
6 Styles Under Stress
How To Use the Relaxation Response to Melt Away Stress
Let Go of a Feeling to Let Go of Thoughts
Self-Efficacy is the Key to Your Personal Power
Use Stress to Be Your Best
Yerkes-Dodson Human Performance Curve: Balance Stress and Peak Performance

2-Minute Mindfulness Exercise
Next Post:Emotional Triggers and What To Do About Them