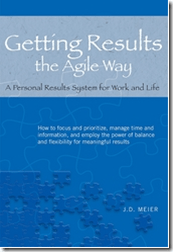 Press Release for Getting Results the Agile Way

"It is a happy talent to know how to play." -- Ralph Waldo Emerson
Here’s the opening blurb of the press release …

Read morePress Release for Getting Results the Agile Way 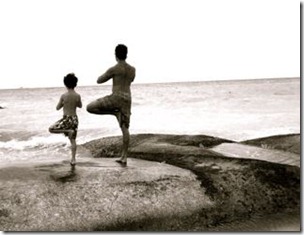 Getting Results the Agile Way: A Word from the Author

This is an excerpt from my latest book, Getting Results the Agile Way. It's from the A Word from the Author section. One of my reader's tells me that this was the most impactful prose for them. I think because it answers the question, "Why did I write this guide?" This is yet another reminder to me how important it is to lead with your why. Here it is ...

Read moreGetting Results the Agile Way: A Word from the Author

Success Stories for Getting Results

“Success is simple. Do what's right, the right way, at the right time.” -- Arnold H. Glasgow

Getting Results is spreading. It's leading to all sorts of interesting connections for me and it's making a difference in people's lives. I'm getting regular emails from people that have adopted the approach and found a new lease on life. I think the most surprising one for me came earlier this week … a raving fan liked the book so much he offered to translate it to Chinese!

Read moreSuccess Stories for Getting Results 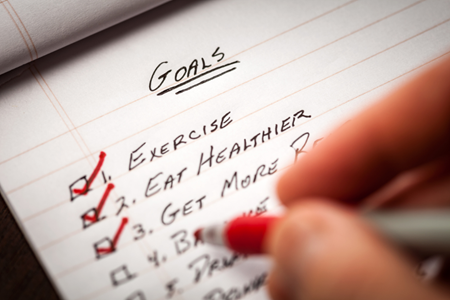 “Take rest; a field that has rested gives a bountiful crop.” -- Ovid

One of the most important patterns in Getting Results is the Monday Vision, Daily Outcomes, and Friday Reflection pattern. It’s a simple way to get meaningful results each day and each week. It’s how I avoid getting overwhelmed and how I drive results for myself, the teams I lead, and the people I mentor.

When i first joined Microsoft, I felt like I had joined an elite team of smart people that gets results. Microsoft is a big place, and I had joined the Developer Support Team. It was an interesting team and I was surrounded by people who worked smarter, harder, faster, and more effective than anything I had ever seen before. There were people that built robots and people that built rockets. There were former accountants and former professors. The intellectual horsepower was stunning and so was the passion.

I was curious how I too could become a skilled Softie.