How To Test Your Decision-Making Process to Make Better Decisions 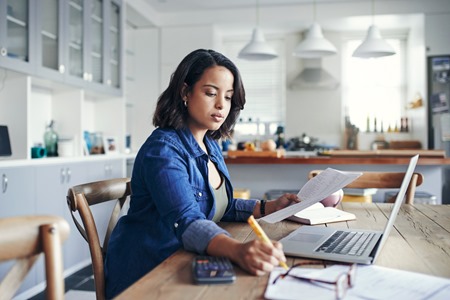 “It is in your moments of decision that your destiny is shaped.” — Tony Robbins

When the rubber meets the road, you might find there were a lot of assumptions, or it simply was a bad idea.  Some ideas also become obsolete by the time they’re implemented.

In The Essential Drucker, Peter Drucker writes about improving your feedback through first-hand experience.

I think the key is that first-hand experience includes an emotional aspect that gets lost in translation.

It’s that emotional aspect that can be your best gauge of whether something is really working.

The military knows that you can’t trust communication and reports.

You need to see it firsthand.

“When General Eisenhower was elected president, his predecessor, Harry S. Truman, said, ‘Poor Ike; when he was a general, he gave an order, and it was carried out.

Now he is going to sit in that big office, and he’ll give an order and not a damn thing is going to happen.’

The reason why “not a damn thing is going to happen” is, however, not that the generals have more authority than presidents.

It is that military organizations learned long ago that futility is the lot of most orders and organized feedback to check on the execution of the order.

They learned long ago that to go oneself and look is the only reliable feedback.

Reports – all a president is normally able to mobilize – are not much help.

All military services have long ago learned that the officer who has given an order goes out and sees for himself whether it has been carried out.

At the least he sends one of his own aides – he never relies on what he is told by the subordinate to whom the order was given.

Not that he distrusts the subordinates; he has learned from experience to distrust communications.”

Dogfood Your Decisions Early and Often During Decision Making

I make it a habit of dogfooding my decisions regularly.   I try to do it early on through dry runs or show and tells.

I also periodically revisit decisions to see what makes sense in the current landscape.

Life’s not static so a lot of decisions really do get out of date as things change.  I think Seth nailed it when he said you should reinvent your business process every 3 months.

I think a similar reality check makes sense for your life.

Test Your Decision Making Against Reality

Reality is the ultimate sounding board.

“Finally, feedback has to be built into the decision to provide a continual testing, against actual events, of the expectations that underlie the decision.”

Even the Best Decisions Can Be Wrong or Obsolete

“Decisions are made by human beings who are fallible; at their best their works do not last long.

Even the best decision has a high probability of being wrong.

Even the most effective one eventually becomes obsolete.”

No report can replace tasting the food for yourself.

“This is the reason why a battalion commander is expected to go out and test the food served his men.

He could, of course, read the menus and order this or that item to be brought to him.

But no; he is expected to go into the mess hall and take his sample of the food from the same kettle that serves the enlisted men.”

Don’t let the convenience of information divorce you from your reality checks.

“With the coming of the computer this will become even more important, for the decision-maker will, in all likelihood, be even further removed from the scene of action.

Unless he accepts, as a matter of course, that he had better go out and look at the scene of action, he will be increasingly divorced from reality.

All a computer can handle are abstractions.  And abstractions can be relied on only if they are constantly checked against the concrete.

Otherwise, they are certain to mislead us.”

Reality is a moving target.

“To go and look for oneself is also the best, if not the only, way to test whether the assumptions on which a decision has been made are still valid or whether they are becoming obsolete and need to be thought through again.

And one always has to expect the assumptions to become obsolete sooner or later.

Build Your Feedback Around Direct Exposure to Reality

Build your feedback loops against real scenarios and real situations.

“One needs organized information for the feedback.  One needs reports and figures.

But unless one builds one’s feedback around direct exposure to reality – unless one disciplines oneself to go out and look – one condemns oneself to a sterile dogmatism and with it to ineffectiveness.”

Bounce your decisions against the wall of reality but remember that it’s a moving target.

What decisions are you making that could use a dose of reality?