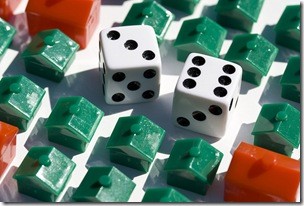 If you know the cycle you’re in, you can make more effective decisions.

You can anticipate instead of react.

I’ve been trying to get a handle on the economy to know what to expect and to figure out what the best moves are.  The New Economy Cycle is apparently one of the most important financial planning cycles for your life, your investments, and your business.  It’s less about the day to day decisions, and more about the big structural decisions you make in your life, such as where to live, what jobs to do, what to learn in school, … etc.

The New Economy Cycle is 80 Years

The New Economy Cycle of today is 80 years. It used to be 58-60 years.  During the cycle, the economy moves through four seasons.  At a high level, the overall cycle starts with innovation in key niches.  Gradually, the changes move to mainstream, and there’s a growth boom.  Next, there is a shakeout which is an extreme downturn and economic correction. Finally, there is a maturity stage where prices stabilize.

In the book, The Great Depression Ahead: How to Prosper in the Crash Following the Greatest Boom in History, Harry S. Dent writes about today’s 80-year generation-based New Economy Cycle.

Whether or not his predictions are right, Dent makes me think and it’s a new lens for looking at the big picture.  What I think is interesting is that his fundamental model is based on demographics and trends.

Wiped Out in 3 Years

You can lose more in the downturn, than you make in the upswing.

“You don’t have to catch all the corrections and crisis along the way in each major boom and bust to progress in your quality of life and your standard of living, but missing the changes in these seasons can be devastating.  The entire gains of the Roaring Twenties were wiped out in just three years.”

The Seasons of the Economy are Largely Predictable

Our economy, stocks, bonds, real estate, and commodities follow longer-team seasons with regularity, even though economists, politicians, businesses and investors don’t see it.

“… these seasons of the economy are largely predictable.  Thousands of years ago, we learned how to chart and predict the annual weather seasons with great implications for agricultural planning and advances in our standard of living.

Even before that we learned how to track migration cycles for animals and to make clothes and store food in preparation for winter when we were in the hunting and gathering stage.  The most remarkable insight in modern times is of unprecedented scientific advances and expanded predictability in most arenas is that economists, politicians, businesses, and investors still don’t see clear seasons and cycles in our economy, stocks, bonds, real estate, and commodities – even though they follow similar longer-term seasons with regularity.”

“In our lifetime, the New Economy Cycle has developed over about 80 years in four distinct seasons, but before the early to mid-1900’s it occurred about every 58 to 60 years.

Rising middle-class populations from the Industrial Revolution stretched the old New Economy Cycle from the Kondratieff Wave (which is simply compromised of two 29- to 30-year Commodity Cycles) to the 80-year generation boom and bust cycles) and we are likely to return to the 58- to 60-year cycle in the future as generational cycles recede in importance with falling birthrates around the world.”

Are you able to see the cycle?

How can you use this?

You Lose More Money When Stocks Go Down

How Much Profitability Do You Need?

Great Lessons Learned from Peter Drucker
Next Post: The Best Quotes on Luck of All Time »