The Curse of Knowledge 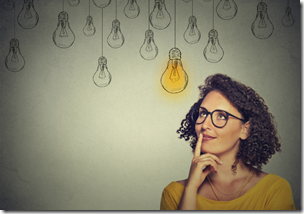 “In the beginner’s mind there are many possibilities, but in the expert’s there are few” — Shunryu Suzuki

To get your ideas across, you need to be simple and use stories.

If it’s that simple then why can’t more people make ideas that stick?

Why do we end up with overcomplicated, lifeless prose?

It’s the Curse of Knowledge.

In Made to Stick: Why Some Ideas Survive and Others Die, Chip Heath and Dan Heath write about the Curse of Knowledge.

If you can’t relate to your listener’s mind, you will talk past them and fail to connect in a way that counts.

Beware the Curse of Knowledge

The Curse of Knowledge gets in the way of our ability to communicate in a simple way.

The Curve of Knowledge drives us to short-cuts where we use sound-bytes and catch phrases instead of compelling stories that will inspire others to follow.

“Once we know something, we find it hard to imagine what it was like not to know it.

Our knowledge has ‘cursed’ us.

And it becomes difficult for us to share our knowledge with others, because we can’t readily re-create our listener’s state of mind.”

Chip and Dan illustrate the Curse of Knowledge by sharing the “tappers” and “listeners” experiment.

In 1990, Elizabeth Newton conducted an experiment between tappers and listeners.

Tappers would pick a song from a list and tap out the rhythm to a listener (by knocking on a table.)

The listener’s job was to guess the song.

This experiment illustrated the Curse of Knowledge.

When the tapper taps, they hear the song in their head.

Meanwhile, the listeners can’t hear that tune — they just hear a bunch of disconnected taps.

2 Ways to Beat the Curse of Knowledge

Can you defeat this villain?

According to Chip and Dan, there are two ways to defeat The Curse of Knowledge.

Your best weapon for transforming your ideas and beating the Curse of Knowledge is the Six Principles of Sticky Ideas.

The 6 Principles of Sticky Ideas

Here are the 6 Principles of Sticky Ideas according to Chip and Dan:

You can use the six principles as a checklist for your stories.

You can use The 6 Principles of Sticky Ideas to check if The Curse of Knowledge is in the way and to help overcome it.

In this example, a CEO tries to create a sticky idea with employees.

“Let’s take the CEO who announces to their staff that they must strive to ‘maximize shareholder value.’

Is this idea simple? Yes, in the sense that it’s short, but it lacks the useful simplicity of a proverb.

Is it unexpected? No.

Concrete?  Not at all.

Credible?  Only in the sense that it’s coming from the mouth of the CEO.

How John F. Kennedy Inspired (While Many CEOs Do Not)

Here is an example to contrast how a CEO would talk about a trip to the moon vs. John F. Kennedy:

“Contrast the ‘maximize shareholder value’ idea with John F. Kennedy’s famous 1961 call to ‘put a man on the moon and return him safely by the end of the decade.’

Credible?  The goal seemed like science fiction, but the source was credible.

John F. Kennedy’s Speech If He Was a CEO

Here is an example how John F. Kennedy’s speech might have gone if he was a CEO.

“Had John F. Kennedy been a CEO, he would have said, ‘Our mission is to become the international leader in the space industry through maximum team-centered innovation and strategically target aerospace initiatives.’

Fortunately, JFK was more intuitive than a modern-day CEO; he knew that opaque, abstract missions don’t captivate and inspire people.

The moon mission was a classic case of a communicator’s dodging the Curse of Knowledge.  It was a brilliant and beautiful idea — a single idea that motivated the actions of millions of people for a decade.”

Adopt a beginner’s mind and re-create your listener’s mind.

Don’t let your ideas die from The Curse of Knowledge.

Your knowledge can be a very good thing if you can use it to simplify your idea, lead with a surprising headline, make your idea real, frame it in a credible way, stir the emotions, and wrap it in a story worth telling.

6 Principles of Sticky Ideas
Next Post: Worry Breaks: Have a Time and Place to Worry About Stuff