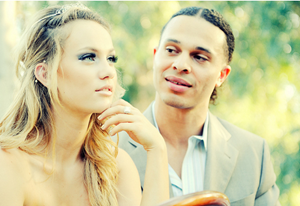 “The most important thing in communication is hearing what isn’t said.” — Peter Drucker

You have mental capacity for 750 words per minute.

People speak at about 150 words per minute.

That leaves 600 extra words per minute.

That’s a lot of spare mental bandwidth.  It’s where inattention lives.  That’s what makes brevity so relevant, as you’ll see below.

In Brief: Make a Bigger Impact by Saying Less, Joseph McCormack explains the Elusive 600 and how brevity can help us manage it better, when we are listening and talking.

How you manage the Elusive 600 plays a key role in how you think, communicate, and influence yourself and others.

The Elusive 600 in Action

You do it all the time.  You have multiple conversations in your head at the same time.

“You’ve having a conversation with some old friends at a college reunion, and they start talking about some hilarious memories.  While they’re recounting your exploits, your mind immediately races to an incident from your senior year with an old flame.  You recall in vivid detail how painful it was when you ended the relationship.  You imagine the entire break up scene, while listening to and laughing with your buddies at the same time.  Two separate conversations runt through your mind simultaneously.”

You Have Capacity for 750 Words Per Minute

No wonder it’s hard to hang on to their every word.  We’re moving five times faster.

“This phenomenon of thinking about one thing while listening to and engaging in a conversation about another is called the Elusive 600 — and it’s always at work.  Here’s how it happens.  People speak about 150 words per minute, yet, they have the approximate mental capacity to consume about five times that number — 750 words per minute.  So while someone is speaking, you have 600 extra words per minute to think other thoughts.  Your mind’s spare bandwidth is always present when you’re speaking or listening. “

3 Implications of the Elusive 600

When you’re aware of the Elusive 600, you can find better ways to manage and interject.

“This is the cause of many of the issues that make brevity relevant.  For example, some implications of the Elusive 600 are:

I could say more, but your Elusive 600 is probably doing all the talking now.

What Should You Be Thinking About?

The Secret of Great Reading Comprehension
Next Post:The Power of Three for Effective Communication