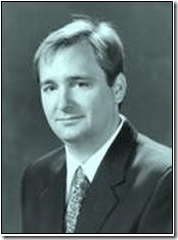 Editor’s note: This is a guest post from Stephen L. Nelson on his top 5 small business formulas.  Stephen is the best-selling author of QuickBooks for Dummies (over 400,000 copies sold), of Quicken for Dummies (over 1,000,000 copies sold), and numerous other books about small business accounting, finance, project management, and technology.  He was once called the Louis L’Amour of computer books by the Wall Street Journal because he’s written more computer books (roughly 160 at last count) than any other author.  What I like about Stephen’s insight is that he gets to see what works and what doesn’t for a lot of people.  While I think Stephen’s lessons are timeless, I think they are especially valuable in today’s economic landscape as more people find themselves considering starting a small business for the first time.

Thinking about starting or buying a small business? As someone who’s worked with and advised small businesses for, gosh, the last twenty-five years, I heartily endorse this idea. You can make great money and enjoy a wonderful time if you own and operate your own small business.

Formula #1: “It’s Almost Just a Job” Businesses
I want to start by describing the most common and lowest risk small business success formula–the “it’s almost just a job” business. No kidding. I think close to fifty percent of the small businesses that I see in my practice fall into this category.

Job businesses amount to the owner selling his or her time. Someone who’s worked for corporation as a programmer, for example, might become a contract programmer. A former corporate accountant might start selling hourly controllership services. A graphic designer recently laid off might–well, you get the picture, right?

In my experience–and I think I’ve seen thousands of successful businesses over the last few years–you work hard in a “job” business. But if you can get through the first couple of years and to the point where you’ve built relationships with a handful of decent customers, you’re there. You’ll have a low risk, reasonably profitable venture.

And one note: by “low risk” I don’t only mean relative to other entrepreneurs, I mean relative to anybody who’s working. Someone with a corporate job is very likely to at some point find themselves laid off. With a “job” business, yes, customers come and go. But you would almost never lose all your customers one Friday afternoon.

Formula #2: “All Leveraged Up” Businesses
A powerful but more risky small business success formula rests on financial leverage. And in my experience perhaps twenty percent of small businesses–especially those that employ lots of expensive fixed assets–use this success formula. But let me explain.

As a comparison, real estate investments often produce returns of 10% (including appreciation). If you borrow money for 6% and reinvest those funds in something earning 10%, you pick up 4% of profit through leverage. That’s great. But 4% is nowhere near 30%.

Eventually, however, some internal shock (like the departure of your key employee) or an external shock (like a recession) means you’re not getting positive leverage. You may be paying more for the money you’re using in your business than you can make on that money. When these sorts of shocks to the system occur, the business that uses too much leverage fails.

Formula #3: “Early Bird” Businesses
The business formula that many people think of first is the idea of getting to some new or fast-growing market early. I guess that makes sense. The popular monthly business magazines tell one or two of these entrepreneurial success stories in every issue.

But here’s why these ventures make such good stories: If you start an early bird business in a market without strong established competitors, you may enjoy fast-growing revenues and profits for years or even decades. Not to be vulgar or anything, but if you succeed in an early bird business, you may find yourself shopping for a private jet.

The “early bird” formula, unfortunately, suffers from a weakness–at least from the individual entrepreneur’s point of view: Potentially fast-growing markets are often well-known, highly-anticipated, and over-crowded with veteran entrepreneurs and venture capitalists. Furthermore, you get many “false positives”… opportunities that start out looking terribly promising but later fail to deliver.

Peter Drucker discusses these points at some length in his seminal work, “Innovation and Entrepreneurship.” But to sum up Drucker, early bird opportunities probably aren’t that practical for individual entrepreneurs to pursue. The odds for individual success are too low. Nevertheless, if you find and pursue one of these opportunities and you succeed, well, expect to see your picture on some magazine covers.

A final comment: While many people and perhaps especially refugees from super-successful entrepreneurial ventures like Microsoft and Google try the early bird formula, I really don’t see very entrepreneurs succeed in small business settings using this formula. In fact, I would guess less than five percent of my business clients successfully use this tactical approach.

Formula #4: “External Solution” Businesses
The “external solution” business formula may be the most surprising small business opportunity–at least to new entrepreneurs. But I’ll bet ten to twenty percent of the successful small businesses I see fall into this category. So let me explain.

Very regularly, a large organization like a corporation or a government agency has a problem that it needs to solve. But the organization doesn’t have the right person to deliver the solution. In these cases, the big organization commonly says to an individual, “Listen, we’ve got s problem we need solved. We don’t have anybody internally on staff who can deal with this. So, how about we pay you, like, $500,000 a year in consulting fees for the next couple of years? Sure, it’s a lot of money. But we need this problem solved.”

That sounds sort of crazy. But a significant number of small businesses amount to such external solutions the entrepreneur creates for a single large customer or client. These businesses represent wonderful opportunities for the entrepreneur. For one thing, the “external solution” business can be immediately profitable–and often highly profitable. Furthermore, the business’s lifecycle can often be planned with a huge degree of certainly because the business probably ends when the “solution” is delivered.

If there’s a mistake that people make with “external solution” ventures, it’s this: Sometimes the entrepreneur doesn’t recognize that this success formula typically provides a very short-term opportunity. Eventually, for example, the bridge gets built or the oil refinery gets upgraded. As long as the entrepreneur expects and is ready for the business to “finish,” nothing bad happens. But the “external solution” small business gets into trouble if the entrepreneur implicitly expects there’s another bridge somewhere that needs to be built or oil refinery that needs to be upgraded.

Probably the best way to begin thinking about the secret sauce formula is by looking at a successful franchise operation–something like McDonalds Corporation.

Whatever you think about the eating at the “Golden Arches,” you probably agree that McDonalds Corporation supplies its franchisees with lots of expertise about how to locate, setup and operate a fast food hamburger restaurant. Probably every element of the operation from French fry cooking times to bathroom cleaning procedures has been carefully thought out and is regularly re-assessed. In combination, this collective knowledge amounts to a secret sauce that McDonalds’ franchisees use to jack up their profitability relative to competitors that lack this information.

Good franchisers supply a secret sauce formula to their franchisees. (For a franchise royalty, of course.) But some entrepreneurs have developed the same sort of secret sauce. For example, a restaurateur may have learned where to locate, how to setup and how to profitably operate Chinese food restaurants, fish-and-chips shops, or hotdog stands.

Secret sauce businesses won’t look like other businesses. Even a bit of due diligence or research will indicate that such a business isn’t a job business, that it isn’t all leveraged up, that it isn’t based on a single customer or client, and that the business works for a reason other than fast growth in the market it serves.

In fact, if you do look at (or build!) a secret sauce business, you’ll realize that the business success flows from dozens or maybe even hundreds of smart decisions and clever improvements. This collection of decisions and improvements probably means the risks of a business using this formula are fairly low. But of course the secret sauce formula needs to be continually refined and improved. Otherwise the sauce will lose its zest and grow stale.